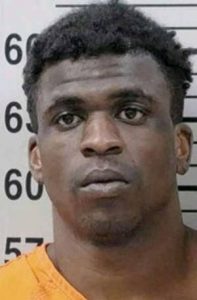 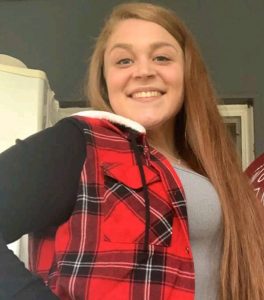 Authorities in Alton, Illinois, have charged her ex-boyfriend, Deundrea Holloway, with murder in connection with Dodd’s June 9 death.

In an emotional video posted to Facebook, Alton Police Chief Marcos Pulido called Holloway, 22, “a monster” who “savagely killed” the pregnant woman with whom he’d had a two-year on-again, off-again relationship.

“It’s abominable,” he said. “It is completely terrible what happened to her.”

Alito said in the video that Dodd was due to deliver her first child in July, and her baby shower was scheduled for the end of this month.

Dodd’s mother, Alito noted, was the person who found her body.

Authorities told KMOV Dodd was decapitated, and that her head was later placed in a dumpster.

In addition to two counts of first-degree murder, Holloway faces two counts of intentional homicide of an unborn child, one count of dismembering a human body, concealment of homicidal death and a several motor vehicle charges.

Pleas have not been entered, either by Holloway or on his behalf. It was unclear who his lawyer is.

“She was just a bright light that cared for everyone,” Noel told the station. “She had a big heart.

She’d do anything for anyone. She’d go out of her way to help people.”

*Dodd grew up in Illinois.*

“She had attended college and was planning on going into the medical field,” Noel said. “I’m a nurse, and, so, she was toying with heading in that direction.”

*Added the grieving mom:*
“I just wish she would’ve known how loved she was. That she wouldn’t have ever been alone, [and] that she could’ve gotten out of this relationship and had a full life.”

A GoFundMe campaign has been created online to help cover Dodd’s funeral expenses.