The wife of a cleric identified as Adolphus Odo was discovered dead with her two children and two sisters at Amutenyi, in Obollo-Afor, Udenu Local Government Area of Enugu State yesterday. 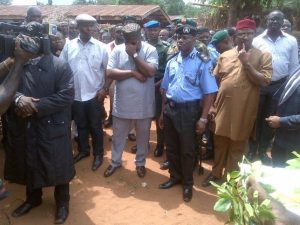 It was gathered that the five victims died in their sleep after they went to bed Friday night.

It was further gathered that one of the victims had an early morning appointment with a friend who went to their house to call her. It was equally gathered that the friend called severally but nobody responded to her calls, making her raise the alarm.

It was equally gathered that neighbours who were alerted by the alarm forced the door open only to discover the five of them dead.

Confirming the incident, the Chairman of the local government area, Solomon Onah, said the news had thrown the council area into the morning.

“We saw their dead bodies early this Saturday morning. We are yet to identify the cause of the deaths but one of the victims had been taken to Enugu Metropolis for autopsy,”Onah said.

“When we went to their house, we saw a locally-made charcoal stove in the room where they died, though, there was no fire on it. We cannot suspect generator fume because they did not use the generator last night. We are yet to identify the cause of the incident until we get the result of the autopsy.”

The cleric, Odo, was too shocked to comment at press time.