Reports reaching our news desk has confirmed that one of the two lecturers of Abia State University (ABSU), Uturu, abducted by gunmen, along the Uturu/Isuikwuato highway, has escaped from his abductors on returned home in a rare gallant manouvring. 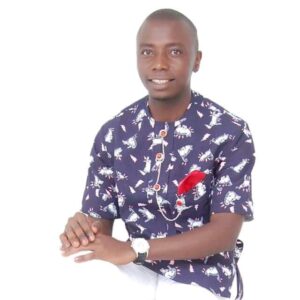 Recall that, two lecturers of the institution, Don Chris Afulike of the Department of Mass Communication and Professor S. O. Eze of the Department of Industrial Chemistry, and a Methodist Minister, were abducted last week Thursday by a gang of Nine kidnappers made up of Six Fulani Herdsmen, two Igbos and one other person said to be from Akwacross.

As at the time of filling this report, Mr. Afulike has already reunited with his family after finding his way to Ihube, Okigwe before help came his way and moved him to safety.

Mr. Afulike took a great risk as he escaped from the camp of the kidnappers’ den in the middle of the night, while they were fast asleep.
But, the other lecturer, Professor Eze, is said to still be with his abductors.

www. newsmirrorng. com gathered from a reliable source that the kidnappers had initially demanded for ransom running into millions of naira, threatening fire and brimstone if the money was not brought to them.