House Of Assembly Member Cries Out Over Non – Payment Of Salary And Entitlements ! Posted by News Mirror, February 23, 2022

The Lawmaker representing the Afikpo North East State Constituency in the Ebonyi State House of Assembly, Ngozi Eziulo, has said she was yet to be paid her entitlements including salary since the Governor of the State, Engr. David Umahi defected to the All Progressives Congress, APC. 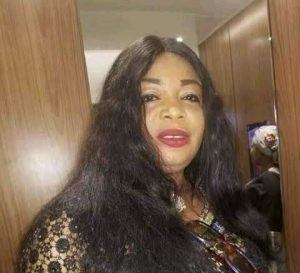 The Lawmaker, who is a member of the Peoples Democratic Party, PDP, said that when she asked why her entitlements were stopped, she was informed that the reason was because she was yet to leave PDP for the APC.

“Ever since the Governor defected, I have not been paid my entitlement including salary. When I asked, they said their reason is that I have not joined them in APC, that once I join, they will start paying. I told them if that is the condition, I will never join and they are still holding on to it.

“My lawyer has written them twice asking them to pay my entitlements but they have refused. In fact, they have threatened to take my official car. They have also been threatening my life, by saying they will send their thugs after me all because I refused to join them.

“I don’t see any reason why I should leave my party PDP. This is a party that brought me to the House. I am somebody that will ever remain grateful to people that do me good. PDP did me well so I can’t leave the party.

“I have people that voted me into power. I didn’t vote myself into power. So, I can’t just leave without their permission and approval. When the issue of defecting to the APC came up, I asked for time to consult with my constituents and stakeholders who gave me the mandate.

“Since they stopped my salary and entitlements, I have been surviving because God has been providing for me through my stakeholders and party leaders who have stood by me.

“And that is the reason why I said I can’t leave the party because I have a lot of support from them. Even without being paid my salary and other entitlements, I have been attending plenary and my other legislative duties. I came to the House to provide quality Leadership to my people not for any financial gain. So, I have not allowed the nonpayment of my entitlements to affect my legislative duties.”