*Horror As Bandits Rape 30 Niger Women In One Day*. 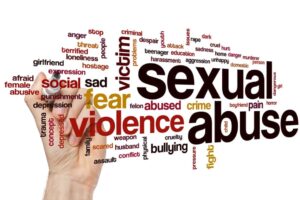 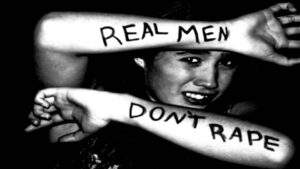 Bandits embarked on an indiscriminate raping of women and girls across five communities in Shiroro Local Government Area of Niger State as their children watched with disbelieve.

No reason was given by the bandits for their action as source close told Daily Sun that their mission was just to rape women in the communities, including young girls.

Breaking News, Nigerians can now work in Nigeria and get paid in US Dollars Click here to apply today .

The affected communities where the bandits carried out their heinous crime include Dnasa, Iburo, Pelele, Gofa and Nakogbe, all in Shiroro local government area.

Every woman or girl sighted by the bandits was dragged to her room and raped in broad daylight.

“They came and asked me about my husband and I told them that he has gone to the farm, and the next thing, two of them just dragged me inside and asked me to remove my cloth. I started begging them and one of them hit me with gun and I fell down and he began to rape me, his second also did the same thing,” one of the affected women told Daily Sun on phone through our source.

She said many women and young girls, were raped in Pelele, adding that “they told us that they kill any woman who refused to obey them”.

She disclosed that in some instance, mothers and daughters were being raped simultaneously by the bandits who our source said were between the ages of 25 to 30, and carrying sophisticated weapons.

The source said the bandits had actually came to kidnap the men but could not meet any of them at home as they were all in the farm, and decided to rape the women and girls in the affected communities in their (women) various houses.

It was gathered that about 30 women and girls were raped, with two to three bandits raping one woman during the sex extravaganza as they moved from one community to another in their motorcycles.

After the atrocities, the bandits were said to have later kidnapped some of the men seen in the farm on their way out of the communities, and were still being held in captivity.

Fear and apprehension have, therefore, gripped neighbouring communities as nobody knows which community would be their next target.

There has not been any statement from the security agents on the latest incident which has left many of the affected women and girls traumatised.

How SA President’s Security Team Was Hurriedly Evacuated From Abuja After Testing Positive For Covid-19 Posted by News Mirror, December 4, 2021