THE Nigeria Governors Forum, NGF, on Wednesday said that the actions of the Attorney General of the Federation, AGF, and Minster of Justice, Abubakar Malami, in his insistence to pay the $418 million to Paris Club refund consultants are fraudulent and self-serving. 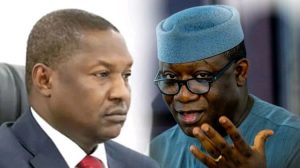 The Governors debunked comments credited to the AGF where he dismissed the proposed rejection by the NGF the deductions of $418 million from the Paris Club refund.

The Governors also said that they rejected all the claims made by the AGF and that they are ready to take every legal means to ensure that the purported claims are litigated upon till the highest court in the land. 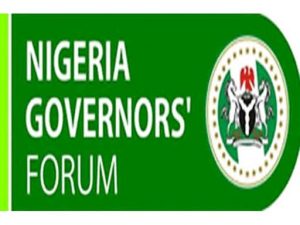 The governors said all the claims made by the AGF were lies and that his actions are self-serving and fraudulent, vowing to pursue the matter to the highest court of the land.

Recall that Malami had at the State House Ministerial Briefing organised by Presidential Communications Team, said that the governors originally created the liability whose payment they had also indemnified, therefore all the “noise making that is now being generated arising from the Governors forum” is unjustified.

In a communique issued at the end of its meeting at the Presidential Villa, Abuja on Wednesday, read by its Chairman and Governor of Ekiti State, Dr. Kayode Fayemi, the Forum maintained that the Minister has no basis to pay the money, saying that the action will be challenged in the courts.

The governors also proposed to engage the Academic Staff Union of Universities, ASUU over the ongoing strike that has entered about six months.

Fayemi said: “Governors extensively reviewed the purported attempts by the Attorney General of the Federation and the Minister of Finance, to circumvent the law and a recent judgment of the Supreme Court to secure the approval of the federal legislative council to effect illegal payment of a sum of $418 million to contractors who allegedly executed consultancy in respect to the Paris Club refund, to state and local governments.

“But the position of the Governors’ Forum is clear and unequivocal. Although this matter is subjudice and we are very reluctant to get in the way of a matter that is still being pursued in the court. We’re constrained by the manner in which the Honorable Attorney has been going around various media houses and purporting to create the impression that this is a liability to which governors had committed themselves to and agreed to, even though he is very much aware that that’s not the case.

“And we reject all of the claims that he has made on this issue. And we also insist that state will not give up on insisting that these purported claims are fraudulent and will not stand as far as governors are concerned and we would take every constitutional and legal means to ensure that these purported consultancy are fully litigated upon by the highest court in the land.

“If the courts now find governors, and the Nigerian governors forum and states liable, then we will cross that bridge when we get there. As far as we’re concerned, this is a matter that governors feel very strongly about and we do not believe that the Attorney General of the Federation is acting in the public interest, we believe he is acting in personal, selfish interest that will ultimately become clear when this matter is fully addressed, in the law court.”

On the ongoing strike which has now entered the sixth month, the governors appealed to both parties to sheath their sword and reach amicable resolution.

The governors said: “On the prolonged strike by Nigerian universities. The forum encourages the federal government and the academic staff union of universities to find meaningful resolutions to the lingering impasse and as proposed to engage with both parties just as we have done in the past in a bid to end in the strike.”

On the state of the economy, the governors said: “Finally, the forum extensively discussed the state of the Nigerian economy and security. Following a presentation by Mr. Bismarck Rewane, a member of the President’s Economic Advisory Council. The forum resolved to immediately engage with the federal government and other critical stakeholders, the labour, the presidential candidates of political parties and corporate actors on finding resolutions and suggestion to implement a set of immediate actions to ameliorate the worsening economic conditions in the country.”