Abia State Governor, Dr Okezie Ikpeazu has promised to release the sum of ₦10,000,000 (Ten Million Naira) for the upgrade of the health facility at the Michael Okpara University of Agriculture, Umudike (MOUAU). 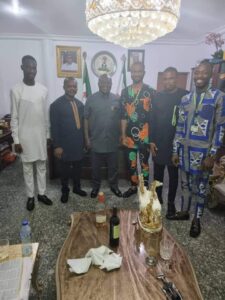 Governor Okezie Ikpeazu made the promise today while receiving executives of the Students Union Government, Michael Okpara University of Agriculture, Umudike, led by their President, Comrade Chukwuma Ogochukwu, at the Governor’s Lodge, Aba. He said the money was to assist in improving the health facility in the institution so the students can have access to a better quality healthcare services. 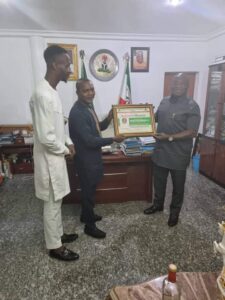 The Governor equally directed the State’s Commissioner for Works, Elder Bob Ogu to engage the contractor handling the Umuahia-Ikot-Ekpene Road in order to ensure that the bad spots along the road are fixed so as to ease movement of motorists including that of heavy duty trucks that ply the road on daily basis.

The State Chief Executive while disclosing that his administration had taken concrete steps towards uplifting the educational standard of the state, urged the students to be committed to their studies and always adopt dialogue as a strategy in all their engagements. 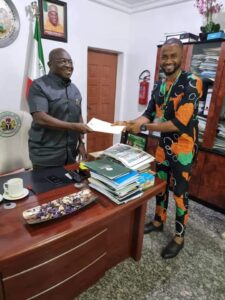 Earlier in his speech, the SUG President, Comrade Chukwuma Ogochukwu who described Governor Okezie Ikpeazu as the most student-friendly Governor, said they came to thank him for coming to their rescue when they cried out to him over the deplorable state of the Umuahia-Ikot-Ekpene Road.

He appreciated the Governor for his swift response at ensuring that palliative works were carried out on the road despite the fact that it is a federal road.

In his vote of thanks, the Speaker, Students Representative Council, MOUAU, Chimezie Goodnews thanked Dr Ikpeazu for the way he is piloting the affairs of the state and for his love for students.

The visit featured presentation of a Thank-You letter to the Governor by the students, while the Chief of Staff to the Governor, Prof. A.C.B Agbazuere, the Senior Special Assistant to the Governor on Students Affairs, Comrade Chibuzor Ndom among other state government officials were present.