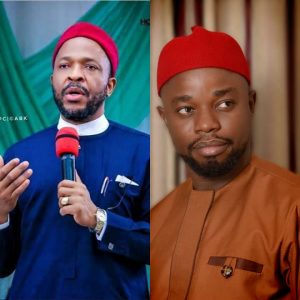 A former Senatorial aspirant Abia South Senatorial District and Chieftain of the All Progressive Congress Engr Chinedu Onyeizu has lambasted the victory which he simply described to be a Zimbabwean Dollar which doesn’t have any monetary value.

Onyeizu queried why the PDP should elect a man with proven cases of corruption and baggages to his name. He stressed that it is a clear evidence that PDP is still wallowing in corruption that caused them the presidential seat in 2015.

Onyeizu further make a clarion call for the Southern Part of Nigeria to rally round Hon Chukwuemeka Nwajiuba, who he described as a round peg in round hole.

Onyeizu, said that Nigeria at the this critical moment need a leader with capacity and age on his side to steer the affairs of the country which he maintained that Nwajiuba have and is ready to leverage on to move the country to a greater height