Director of Mobilization, Northern Elders Forum, NEF, Nastura Ashir Sharrif, has dismissed a report that NEF raised concern over the intervention of Governor Yahaya Bello and Chief Femi Fani-Kayode in the strike embarked upon by the Amalgamated Union of Food Stuffs and Cattle Dealers in Nigeria as the opinion of its spokesperson, Dr Hakeem Baba-Ahmed. 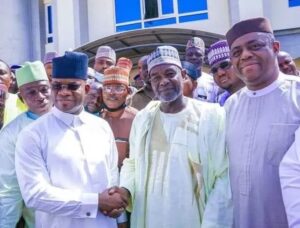 He said NEF didn’t take any position on the suspended strike. 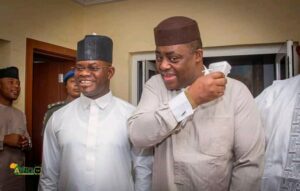 The statement reads:”I write in my capacity as a Director in the Northern Elders Forum and one of its foundation members in regards to recent media statement by Dr Hakeem Baba-Ahmed, NEF’s spokesperson purportedly on behalf of the Forum.

I can authoritatively say that the statement in which the personality of some individuals involved in the recent negotiations to resolve the food to South blockade issue was challenged, merely represents the personal view of the spokesperson, not that of NEF and made without due consultation.

To the best of my knowledge, there has not been a time when the general assembly of the Forum met to take a decision to that effect since the conclusion of the negotiations.

It is therefore unbecoming for one individual member to assume the sole ownership of the right to speak for a Forum that was painstakingly put together and managed without consultation with the general assembly.

“Regrettably this attitude had once led to a serious misunderstanding with one of our core founders in the past and should in no way be tolerated from anyone else.

Unfortunately such overbearing attitude of using the platform of NEF to vent pent up personal political jealousies by the spokesperson has been on for a while to the irritation of other members.”

It was reported that Northern Elders Forum, NEF, had raised concerns over the integrity of the intervention by Kogi State Governor, Alhaji Yahaya Bello, and former Aviation Minister, Chief Femi Fani-Kayode, in the recent industrial action by the Amalgamated Union of Foodstuffs and Cattle Dealers in Nigeria.

NEF had said its concerns stemmed from the alleged support to threats against the security of northerners living in the South-West by one of those who mediated in the crisis.