States are to get N61.2 billion survival pill soon, the Federal Government said yesterday through the Minister of State for Industry, Trade and Investment, Ambassador Mariam Katagum. 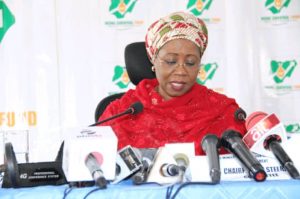 Each of the 36 states will access a minimum of N1.7 billion in the various schemes being implemented with the N75 billion Survival Fund.

The minister dropped the hint in her presentation during a virtual meeting of the Committee on the Economic Sustainability Plan (ESP), chaired by Vice President Professor Yemi Osinbajo at the Presidential Villa, Abuja.

Ambassador Katagum, who was one of the ministers and heads of federal department and agencies who presented reports at the meeting, also explained that Lagos, Abia and Kano States had already crossed the bar, with Lagos reaching over N2.5 billion and Kano over N2 billion.

No state so far has received anything less than N1b.

Details of what transpired at the meeting were contained in a statement by Senior Special Assistant to the President on Media and Publicity, Office of the Vice President, Mr. Laolu Akande.

The statement also said that no fewer than 2.1 million jobs have been either created or saved by through the implementation of the ESP instituted by the Muhammadu Buhari administration to cushion the effects of the COVID-19 pandemic.

President Buhari had in June 2020 mandated Prof Osinbajo, in his capacity as chair of the Economic Sustainability Committee, to coordinate the implementation of the ESP.

Highlights of the presentations by MDAs include the approval of N10 billion by the Nigeria Sovereign Investment Authority (NSIA) to fund the deployment and local assembly of 200,000 (off-grid) Solar Homes Systems under the “Solar Power Naija” partnership between both the NSIA and Rural Electrification Agency (REA).

In his presentation, the Minister of State, Budget & National Planning, Clem Agba, disclosed that while about 1.3 million jobs were retained through the MSME and payroll support, 774,000 jobs were created from the Special Public Works Programme and 26,021 jobs from roads construction /rehabilitation.

The committee heard that over 1.1 million Nigerians have benefitted from the different schemes under the ESP MSME Survival Fund.