By the time he joined Abia South senatorial race in the run up to the 2019 elections on the platform of the ruling All Progressive Congress from relative anonymity, Engr. Chinedu Onyeizu, became an instant factor to reckon with. 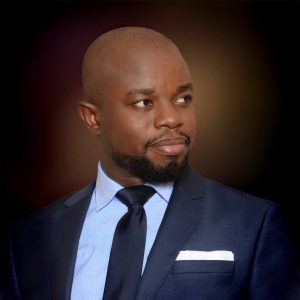 Most of the ‘experienced’ aspirants for the plum seat at the Red Chamber then, including the big and the mighty in the politics of Abia South, became jittery over Onyeizu’s immediate acceptability and growing popularity amongst the youths and increasing percentage of the old.
Many had wondered why a young and vibrant engineer of international repute with a flourishing career in the oil and gas industry at management level could stick out his neck in the murky waters of Nigerian political space at the prime age of 37 years.
What political watchers didn’t know was that Onyeizu had developed undying passion for remolding the mindset of Nigerian youth for leadership impact. He believes that Nigeria’s future greatness lie squarely in the hands of the youth because of the dynamics of the time. The current spectator leaning of the youth towards political participation despite signing into law the not-too-young –to rule bill is not helpful in bridging the existing gap of youth involvement in leadership of the country through the ballot. He also believes that the youth of this country have a lot to offer in the socio-economic development of Nigeria in diverse ways.
For him age should not be a barrier for the youth who are eloquently qualified to contest any elective position in the country after all many developed countries of the world are currently turning to the youth for the 21st century leadership. He argues that the global economic meltdown has created a new imperative in the world that is best suited for the youth. That imperative is the necessity of smart governance. It means the application of the most modern and best practices, processes, technology and methods in the business of governance.
There is additional requirement which he believes the 21st century leadership stipulates. Such a leadership he observed at a recent forum places emphasis on persons whose intellectual preparations are not in doubt. The signs of imminent shut down of formal economy is everywhere in evidence. A disappearing stock market; diminishing external reserves; an escalating exchange rate; tottering financial institutions; unstable oil prices; rising inflation; burgeoning unemployment rate and fast spreading destitution. The unfolding scenario in the economy of the country cannot be resolved by dependence on monthly oil cheques from Abuja by states. Smart governance is the way out and the youth better positioned to dare these challenges.
His choice of joining politics from the Red Chamber of the national assembly was borne out of the conviction that the best way to effect imperative changes that have direct impact in the living conditions of the greatest majority is to part of the process that will ultimately make the changes happen. He believes that the apex legislative chamber should populate young generations of Nigerians in other to facilitate vibrancy and energy in the proceedings of the Senate for public good.
In Abia his home state Onyeizu’s has put together incredible and very imaginative ideas that are invaluable to transforming Aba, the commercial nerve centre of the state to an entrepreneurial hub that will ultimately lead to exportation of Aba made products to the international community. The ideas are backed by rigorous research and practical experience of the lifestyle of people living in the area since he was born and raised in that commercial city.
Concern has been expressed in certain quarters that except there is a paradigm shift in leadership of Abia State in 2023 the citizenry of God’s own State may continue to romance with bankruptcy and total meltdown.
Proponents of this view insist that Abia State needs young individuals with technocratic credentials and passion for revolutionary and very imaginative solutions tailored to fit the challenges of the 21st century in other to change the developmental narrative of the state from May 29th, 2023. 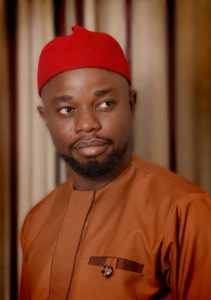 The challenge however, is that political scheming and intrigues have sidelined young technocrats with track record of achievements and exposure needed to bring Abia state back on track. As matters stand today most registered parties are more concerned on winning the designated positions with little attention on preparing for the offices they intend to occupy. But there is wisdom in conscious efforts been made to tap the ideological content that makes illustrious Engr Chinedu Onyeizu outstanding at home and across the world. His crusade that aims at motivating young Nigerians into getting meaningfully engaged could rob off positively on aspirants with eye on qualitative governance.

Chinedu Onyeizu is a petroleum engineer with extensive record of achievements. After his national service in Bayelsa, he joined the PTDF Gas research group in 2004, were he spent 3 years studying and researching methods to harness Nigeria’s deepwater stranded gas resources using non-stoichiometric technologies.
In 2006, Chinedu won the Best Young Engineer in West Africa Award for developing a geospatial model for oil spill vulnerability monitoring in the Niger-Delta (Awarded by Offshore West Africa – a UK based PennWell petroleum group).
Onyeizu has led many multi-functional teams across the globe and has managed several multi-million dollar projects for Chevron Nigeria Limited. In 2012, he worked as an expatriate in Louisana’s Gulf of Mexico where he led a team of experts that developed automated upstream workflows (WRO Solutions) for Chevron’s global oil and gas field operations.
He is an active member of the International Society of Petroleum Engineers and represents Chevron on the Global Production and Operations Award committee of the organization. Since 2014, he has acquired advanced education at Harvard University; Harvard Kennedy School (HKS) – Emerging Leadership Program, Heriot-Watt Univeristy – Msc in Strategy Planning, and the prestigious Massachussets Institute of Technology (MIT) – MBA with focus in Energy.

At MIT, Chinedu was selected as a Sloan Fellow of MIT’s Sloan School of Management (class of 2017) where out of patriotism he carried out a disruptive research work on finding a permanent solution to fuel scarcity and supply challenges in the Nigerian petroleum downstream sector :

In 2017, Chinedu co-founded an Africa focused think thank and strategy consulting group, Afri-PERA (www.afripera.com), that works with national and regional governments in Africa to solve policy and development challenges in the continent. He also serves on the board of Rhino Group of Companies and The Chinedu Onyeizu Foundation (COF).