The crisis rocking the Peoples Democratic Party (PDP) appears to be gradually coming to an end after the G5 Governors made concessions even though introducing new demands . 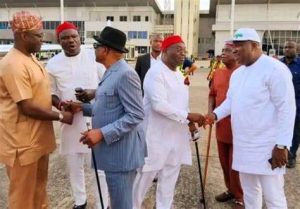 The new development is the highlight of their meeting at the Government House, Enugu.

Members of the PDP G5 Governors, led by the Governor of Rivers State, Nyesom Wike, have been at loggerheads with the party’s presidential flag bearer Atiku Abubakar, after Wike failed to win the ticket. 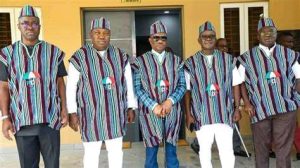 Other members of the G5 are Governor Seyi Makinde of Oyo State, Samuel Ortom of Benue State, Okezie Ikpeazu of Abia State, and Ifeanyi Ugwuanyi of Enugu State.

The G5 were also unhappy that Atiku rejected Wike as running mate and are demanding the resignation of Iyorchia Ayu as party Chairman, allegedly to reduce dominance of the PDP by the North. 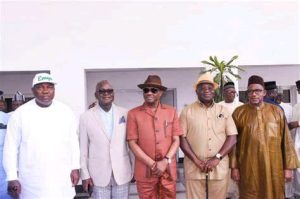 A party chieftain in the know of what trabspired at Friday’s Enugu meeting said the G5 have agreed to work for Atiku if their fresh demands would be acceded to.

Their demands, according to to the reliable source, are: “That the top government offices should be shared among the six geo-political zones;

“That the security chiefs should be shared among all the geo-political zones and that all the party’s offices in the South should move to the North and vice versa if Atiku wins.”