Ede polytechnic rector insists he is still in charge

There are arguments as to whether the academic board has the power to suspend the rector or not. 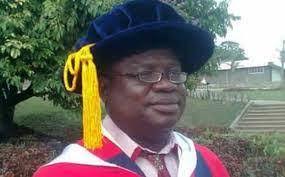 The Rector of the Federal Polytechnic, Ede, in Osun State, John Adekolawole, has insisted he is still in charge. He said he was not suspended by the academic board of the institution and that the allegations against him were false.

PREMIUM TIMES reported how the academic board of the institution passed a vote of no confidence on the rector with some members of staff saying that was tantamount to a suspension.

Mr Adekolawole’s ‘suspension’ was reportedly communicated to the members of the Academic Staff Union of Polytechnics (ASUP) by their chairman, Adekunle Masopa, at an emergency congress on Monday.

“The academic board accused the rector of flagrant dereliction of duty by absconding from office for about a month. He was also accused of the desecration of the highly respected office of the rector with the creation of a bedroom furnished with a king-size bed which has made it possible for him to be sleeping at work,” the ASUP chairman said.

‘I am in charge’
Speaking with PREMIUM TIMES in a telephone interview on Tuesday, Mr Adekolawole said he remains the rector of the institution and also the chairman of the academic board.

He also denied placing a bed in his office “or sleeping on duty”.

“The truth of the matter is that I am still the rector and the chairman of the academic board. The board has no power to suspend me as chairman nor even as rector.

“Even the governing council will first need to write to the minister of education who will communicate the same to the president before suspension could be made. Let me tell you, I am still the rector and I am in my office.

“Let me also inform you that I have no bed in my office. That was a lie by mischief makers,” he said.

When asked about all allegations levelled against him by the academic board, he simply said “we are through with media war.”

Background
On December 11, the academic board passed a vote of no confidence on Mr Adekolawole despite being the chairman of the board.

He was accused of “flagrant disregard to the Academic Board’s decision of September 16, 2020 that condemned a program called DUAL AWARD which awards both ND and NCE certificates to students of the institution”.

The board said the rector had made them believe the programme was duly approved by the National Board for Technical Education (NBTE).

“Most issues on the programme were unknown to the Board and it became very necessary to protect the image of the institution and the sanctity of our academic processes. The Board at her meeting on Wednesday 25th November, 2020 therefore resolved that the programme must be discontinued as instructed by NBTE and thereby constituted a Committee to unravel the details surrounding the programme.

“It was in the process of considering the report on Friday 11th December, 2020 that some revelations on the dual award programme came up. Such include the fact that teaching proceeded, examinations were being conducted, letters of admissions for new sessions were being issued, processes of accreditation of the said DUAL PROGRAM were vigorously pursued instead of concentrating efforts on the majority of our programs in the main Polytechnic which are for long due for reaccreditation.

“It became obvious that Dr J. T. Adekolawole is not in sync with the Academic Board and our institutional focus and can no longer lead the Board as there is no iota of confidence left on his interest and abilities,” a letter of complaint sent to the President and the Ministry of Education by the board on Monday read.

Asked if the rector was allowed to defend himself at the board meeting, a source said “he was at the meeting and could not justify his actions. It was his presence that the board appointed I. T. Adelabu, the deputy rector (administration) as an acting chairman of the board.”

Controversy
Following the academic board’s decision, there are arguments as to whether the board has the power to suspend the rector or not.

According to the Federal Polytechnic (amendment) act, 2019, the governing council is the highest decision-making body of the polytechnic.

Section 3 of Act, subsection 6 provides that the governing structure of each polytechnic shall consist of the (a) Governing Council; (b) Academic Board; (c) Management Committee; (d) School Board; and (e) Departmental Board.

However, the Ede polytechnic is yet to have a governing council since May 2020 following the expiration of the former.

Sources in the university said the academic board has since then been recognised “as the highest council on Ede Polytechnic campus.”

Section 15 of the act, which addresses the establishment of the academic board says the “board shall consist of (a) the Rector of the Polytechnic, as Chairman; (b) the Deputy Rectors of the Polytechnic; (c) all Heads of academic Departments and Units; (d) the Polytechnic Librarian; (e) not more than two members of the academic staff who are not members of the Academic Board, not below the rank of Senior Lecturer elected from among its members, and such members shall serve for a non- renewable term of three years; (f) all Deans and Academic Directors, and (g) all Chief Lecturers.

More so, section 16 which speaks on removal of rector says “(1) If it appears to the Council that a member of the Council, (other than an ex-officio member) or the Rector should be removed from office on the ground of misconduct or inability to perform the functions of his office, the Council shall make a recommendation to that effect to the President and if the President, after making such inquiries as he considers necessary, approves the recommendation, the President shall, in writing, declare the office of such a member or Rector vacant.

“(2) The President may remove any member of the Council or Rector, if he is satisfied that it is not in the interest of the public or of the Polytechnic that such a person continues as a member of the Council. (3) In case of vacancy in the office of the Rector, the Council shall appoint an acting Rector who shall not be in office for more than six months,” the document provides.

Based on the letters of the law, therefor, the academic board cannot suspend the rector as it cannot usurp the functions of the governing board

Meet, be inspired, communicate and continue flirting! Follow the link