Despite Increasing Prices Of Gas, Kerosene, Government Bans Use Of Charcoal Posted by News Mirror, December 19, 2021

The Nasarawa State government has banned the use and sale of charcoal in the state to protect the environment. 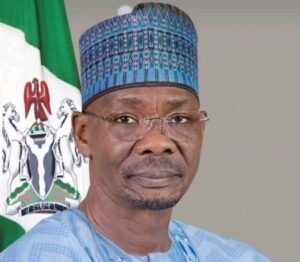 This is in spite of the escalating cost of gas and kerosene which are commonly used for domestic cooking by many Nigerians. A kilogram of gas now sells for N750 in most parts of the country, while a litre of kerosene sells for N400.

But the permanent secretary, Ministry of Environment and Natural Resources in Nasarawa State, Mr Aliyu Agwai, announced the ban in the state while addressing newsmen in Lafia yesterday.

He said the process of producing charcoal was harmful to the environment by destroying the climate and increasing global warming.

“Cutting trees can result in the loss of habitat for animal species, which can harm the ecosystems.

“Almost all the land animals and plants live in forests and many cannot survive the deforestation that destroys their homes,” he said.

He warned those selling and using charcoal to desist to avoid prosecution.

He lauded residents of the state for the level of compliance with the sensitisation programme on environmental sanitation.

Note: His Excellency Engr. Abdullahi Sule is the Governor of Nassarawa state