All is now set for the formal commissioning of the Cross River State-owned 10-ton per hour ultra-moderm rice mill located in Ogoja Local Government Area by President Muhammadu Buhari.

The state Governor, Sir Ben Ayade made the disclosure recently during the test run of the factory.

While thanking the contractors for what he deacribed as their diligent commitment to the project, Ayade said: “I have just watched the test operation and it is fully operational.

“The dream of having the Ogoja rice mill has come to birth today. We have just had a full test run, a pre-commissioning test run from the point of receiving the padding from the pad, through the pre-cleaning to parboiling stage to the presieving where it does the destoning, taking out the outter shell to the whitener and from where it goes further down the system to absorb the grading and making sure that the grain size is uniform and finally to the bagging line.”

According to Ayade, the rice also goes through the vitaminization plant, which process has been tested at the pre-commissioning stage and this is fully functional and operational.”

Beaming with excitement, Governor Ayade also hinted that “the mill is the first of its kind in Africa and I am particularly proud that we have this outstanding world-class vitaminzed rice mill in Ogoja Local Government Area of Cross River State.”

He said the establishment of the rice mill in Ogoja has the potential to make millionaires out of the young farmers from area.

“I look forward to converting the entire people of the state into rice farmers. This is because the storage capacity alone is about 6,500 tons and on continuous production, we have a storage capacity of 240 tons per day, at 24 hours operation. So if we have 240 tons per day, it therefore means that even if we are to convert the whole land in Cross River State for rice farming, this factory has the capacity to take all.”

Significantly, he said: “The issue of poverty will come to an end. But you need an aggregate vote that will be made available to farmers to be able to buy, carry and deliver to this factory. So for every local government, we are going to have a supplier to this farm.

“We have a grading system to access the quality of grain. The Cross River rice seedling factory will supply seedlings to the famers so we could have consistent quality of grains. We will have people who will buy off the padding from the farmers. We are also going to introduce the anchor borrowers program, where key stakeholders will be given funds by the state government and perhaps the federal government to assist them do large scale industrial farming like myself.”

On how the factories will be run to ensure their survival, Ayade said: “We are discussing at different levels, just as we have put in place a privatization council. For the first time in the history of Nigeria, a government finishes a project and it is making it available to the citizens of the state.”

Additionally, also revealed that “we have an industrial referendum to determine what happens to each of the industries,” noting that “we are at the exit point of my administration, less than two years to the end, so we need to discuss the continuous maintenance and availability of these equipments and plant.

“So it is the outcome of the referendum, which is the opinion of the citizens of Cross River State, that will determine the fate of each of the industries. If we choose concession, we go with concession. If we choose outright privatization, we go for outright privatization. So I wish to inform every Cross Riverian who has logged into the website to vote for what should happen to our industries. Voting will close by 15th of September, after which we will start the data and statistical analysis, and When we are done, we will have the final opinion on what Cross Riverians are saying about the industries. 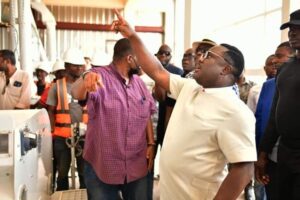 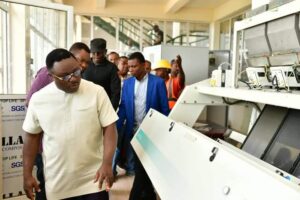 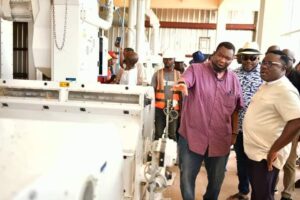 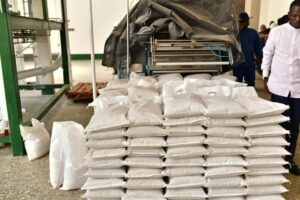 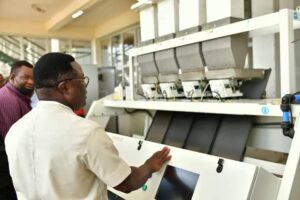