The NIGERIA Union of Journalists National Secretariat says it is alarmed by the decision of the Federal Government to bring Chinese Medical doctors to Nigeria to fight COVID-19, despite the fact that Nigerian doctors are doing exceptionally well in fighting the outbreak, warning that it will be counterproductive to bring in Chinese doctors

A statetement jointly signed by the National President, Chris Isiguzo and the National Secretary, Shuaibu Usman Leman on Saturday, the union called on the federal government not to be deceived by what it called charade that China contained the virus in Wuhan, saying there is more to it than China is telling the world. 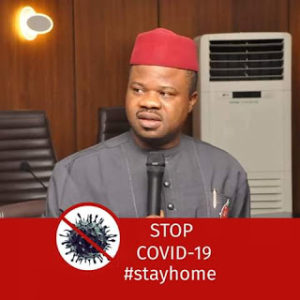 “While some have applauded the way and manner China contained the virus in Wuhan- the only Chinese city to be so affected, we hasten to note that there is more to this charade than is being let out by the Chinese authorities, and we reject a situation where Nigeria will be used as a Guinea pig for any experiment.

“It is pertinent to plead with the Federal Government to stop this Medical team from coming to Nigeria because of the Italian example where there was an inexplicable spike in COVID 19 related deaths when the Chinese doctors arrived the country.

“The FG should as a matter of urgent concern investigate the allegation that what is happening today is associated with the launching of the 5G communication network, as Nigerians are becoming more agitated over the issue which cannot be swept under the carpet.

“We urge the FG to be more proactive in dealing with these emerging issues because any mistake made will be catastrophic” the union warned.