54 year old Susan Okpe, who was said to be the Benue index case of Corona Virus, has cried on President Muhammad Buhari of Nigeria and the British Government, to evacuate her from Benue state. 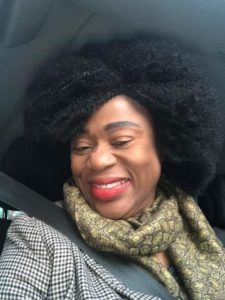 Mrs. Okpe, a British Nigerian, arrived the country on Saturday, 21st March via Kenya Airway, for the burial of her mother slated to hold early next month.

According to a family source, Mrs. Okpe ran series of tests before leaving the United Kingdom with all results showing negative to COVID-19.

“When she arrived Benue State on the 23rd of March, she was running temperature, perhaps, due to the fatigue of traveling, an experienced Doctor was contacted and tests were conducted and she was being treated for malaria and typhoid.

“When the NCDC contacted me, on the invitation of the Benue State government, I gave my consent that she should be tested. But as I speak with you, none of us has seen the test result, not even the Medical Director of the Cottage Hospital who assisted the NCDC to get samples, has seen the result. We only got to see through the television where the Governor announced her name”, the source hinted our reporter.

Meanwhile, in a message sent via WhatsApp to our reporter, Mrs. Okpe appealed to the Federal Government and the UK Government to move her out of Benue State.

“I have kept my cool, but am now sick with swollen gums, being stooling throughout the night, no nurses or medical attention. My crime is that am a British who came into Nigeria, particularly Benue State; felt feverish, took myself for check up because I have travelled longer than usual.

“After examinations, I was told by the doctor my temperature was high and I said keep me for observations as I did not experience any before I left London, passed from Lagos to Abuja my temperature was like any other passenger was being monitored by the authorities.

“Back to my self presentation and request for isolation which was done, I was told by the doctors that the standard procedure was to call for a test from the state ministry of health of which two gentle men came to do a throat and nose swoop.

“After two days, by now my temperature has normalised from 38:2 to 36:4 the record are there to be verified. Only to be told by the Doctor after asking why am I still kept in the hospital, a friend now came in to tell me that a press conference is being done with my name that I have Covid-19, on air, on social media, without my knowledge.

“I went mad as a human being and demanded to see the Medical Director who told me he was fighting for me; how, why and for what and with who I don’t understand, still fuming the next thing was armed men, ambulance and a siege round the hospital for me to be removed for what I don’t know.

“As someone who knows the principles of the law (weather it works in Nigeria or not I can’t tell), I said I was not moving without a reason, I was surrounded and to stop the embarrassment to my family and poor junior sister who I think is not fair on, I went down to speak with the Deputy Governor for thirty minutes and he assured me I was safe, will be cared for, though not sick with any symptoms, also that the following day the health commissioner and medical doctors from the state will come and see me.

“I told him that if the state is insisting that am ill I should be taken to Abuja to be tested, I have never in my life seen a staged played drama with human life and politics like this before, I want the world, Nigerians, Benue state to hear my side and verify am not a Covid-19 positive, left my children behind in London they are healthy till this moment”, Mrs. Okpe cried out.

She pleaded with the authorities concerned to take her to any standard center and verify her claims, as there was no single facility in Benue to even handle or manage any case, should it be true that Benue had a case.

Already, our reporter gathered that, the Consulate General of the UK in Nigeria had been contacted by Mrs. Okpe, whose fundamental rights have been grossly breached and arrangements were underway to get the Presidency to help the British Embassy evacuate her citizen from Benue State, before it results to death.