A Federal High Court, Abuja, on Monday, refused to grant the extradition application filed by the Federal Government for permission to extradite the suspended DCP Abba Kyari to the United States (US). 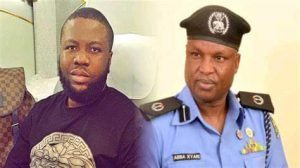 Justice Inyang Ekwo, in a judgment, described the extradition request as “an abuse of court process,” on the grounds that Kyari was already standing a criminal trial before another court. 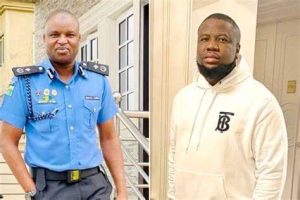 qq
The News Agency of Nigeria (NAN) reports that the U.S. the Federal Government, through the Office of the Attorney-General of the Federation (AGF), had filed the extradition suit, praying the court to grant the plea for Kyari to face a criminal charge levelled against him by the U.S. government.

The U.S. authorities had applied to the Nigerian government for Kyari’s extradition in relation to his alleged link with suspected international fraudster, Ramon Abbas, also known as Hushpuppi.

NAN also reports that the suspended DCP is also facing a criminal trial on allegations of drug deal filed against him and others by the National Drug Law Enforcement Agency (NDLEA).

The U.S. Attorney’s Office for Central District of California, Los Angeles, had recently confirmed that Hushpuppi would be sentenced on Sept. 21.(NAN)