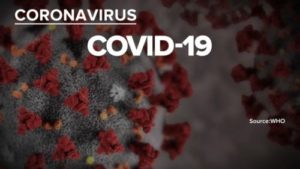 As the Coronavirus pandemic continues to spread worldwide, Abia State Government says it stopped some Chinese expatriates from handling some of its projects from returning to the state from China in order to forestall the virus from entering and spreading in Abia State.

It will be recalled that some Chinese firms handling some projects in the state such as Osisioma Flyover Bridge, Umueze road project in Aba and so on in January this year travelled to China to join their kith and kin to celebrate the end of their calendar year.

In an exclusive interview with the Daily Independent in Umuahia at the weekend, the Commissioner for Information and Strategy, Chief John Okiyi Kalu said Osisioma Fly Over Bridge and Umueze road projects being handled by some Chinese expatriates would have been completed and handed over to the state government this March had it not been the Coronavirus pandemic that had recently broken out.

He disclosed that though some of the staff of the firms working on the projects did not travel, those that remained in Abia State are skeletal and cannot handle the huge construction work going on in the project sites, hence the suspension of major work until the virus is controlled and those that travelled returned to the state.

“There is reduction of available manpower. The Chinese working on the projects went home for their traditional end of year and we asked them not to come back because of the Coronavirus.

“Those that are supposed to finish the job are currently in China and we demanded that they should not come back.

“However, there is working going on there with few of them available.

“We are even more worried with Umueze road that the same company is handling. The Umueze road in Aba, we thought that they will finish that project in March but with the look of things they will not complete it as expected.

According to the information Commissioner, the riser for the Flyover is already installed; pointing out that what remains is the descent. “As soon as the descent is installed, the Flyover is completed. Other things remaining are minor things that will be completed without hassles”, he added.

Substantiating the government’s stance in demanding that Chinese should not come to Abia State for now until the pandemic is controlled worldwide, Okiyi said the demand is a worldwide practice for now, stressing that it is also the position of the federal government to check the spread of the virus in Nigeria.

“Yes, we asked them not to come back because the consequences are grave. We would rather have the delay in execution of the projects than have Coronavirus in Abia.

“We’re not the only country doing that. America did it; Britain did it, and other countries. Indeed, it’s a federal government policy to stop all China bound flights into Nigeria. Only those who didn’t travel are free to continue to work on the projects. The rest should not come now”, the commissioner submitted (Independent)