A herder in Okada area of Edo State, Usman Mohammed, has been arrested in connection with the kidnap of three residents of the Yoruba community in the Ovia North East Local Government of Edo State. 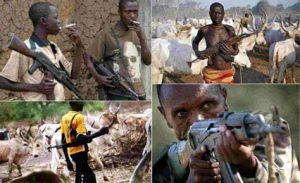 The self-confessed kidnapper revealed that one of the victims, Segun Oyekanmi, was shot to death and his corpse dumped in a bush in Uhen community in the same local government. 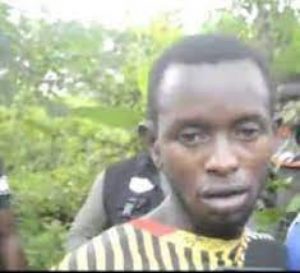 Late Segun and two others identified as Sunday Kima (63) and Margret James (35), were driving home on September 17, 2022, when four armed kidnappers intercepted their vehicle and marched them into the bush.

When news of the kidnap reached the Commissioner of Police, Edo State Police Command, CP Abutu Yaro, he directed the leader of the Command Intelligence Response Squad (CIRRS), SP Collins Osagie to comb the bush for the victims.

Six days later, Mohammed, a popular herder in Okada town was arrested by the CIRRS. He took the detectives to the bush in Uhen community where the remains of Oyekanmi were dumped. On closer observation, he was discovered to have been fired twice. 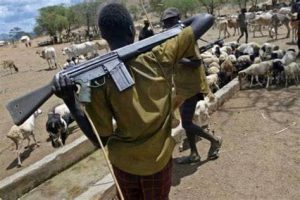 Explaining how Oyekanmi was killed, Mohammed said, “Sule is the leader of the gang. We were born here in Edo state but we are from Katsina state. We drove cows here.

“On that day, Sule accompanied by Mama and Bello, came to meet me. Sule said we should go and kidnap and get money. Two of them were armed. We went to the road, blocked the vehicle and took the victims out of the vehicle.

“As we were walking, he asked Onyekanmi a question. But Oyekanmi was rude to Sule. In anger, Sule told us to move aside. I begged Sule not to kill the man. He said he would shoot me if I intervened. We all stepped aside and he fired the man twice and told us to continue moving with the rest of the victims.

“Sule has fled to Lagos while the two others may still be in Okada. I was not opportuned to get my share of the ransom before I was arrested,” he stated.

The Commissioner of Police, it was gathered, has ordered the detectives to go after fleeing members of the gang, reiterating the command’s resolve to rid the state of kidnappers.