On Sunday, 27/03/2022 Chief Prosper Aruike Ejimofor met with the 5 man executive of the 10 INEC wards of Isuikwuato LGA in his country home at Ahaba Imenyi community, Isuikwuato. 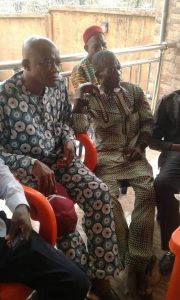 After welcoming and presenting kolanuts to his visitors through the Imenyi ward 1 Chairman, Mr. Okorie Ezeikpe, he went ahead to thank them for honouring his invitation despite their numerous engagements.
He went ahead to inform them on the reason for the call, which centred on his aspiration for contesting the Abia State House of Assembly seat for Isuikwuato State Constituency in 2023 general election and solicited their support. He equally promised to give them quality and effective representation as well as being accessible if elected. He reiterated that his representation will be for all as everyone will benefit in one way or the other and will not neglect party faithful as the journey wouldn’t be successful without them. 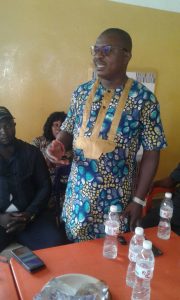 In their different responses, Hon. Charles Emenike Chinyere, Isuikwuato LGA PDP Chairman saluted his courage to vie for the position noting that he is a good man and loved by his people. He prayed God to lead and direct him as he consults wider in the build up to the primaries. 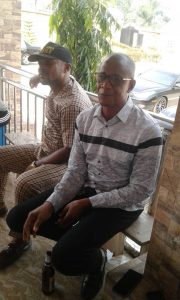 Hon. Chief RB Mgbado, Isuamawu ward 4 Chairman who doubles as the Chairman of the ward Chairmen, appreciated Chief Ejimofor for identifying with the grassroot as it shows how important the ward executives are in the business of politics. He wished him well in his aspiration on behalf of other ward chairmen and prayed God to give him the needed resources in prosecuting the processes of the election. And that he should have it in mind that the grassroot will always ask for more like Oliver Twist. 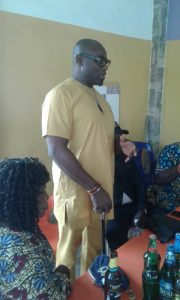 The people were later treated to a sumptuous meal and drinks while fares were equally given to all to ease the cost of their transportation to and fro Ahaba Imenyi as their host wished them journey mercies to their destination.