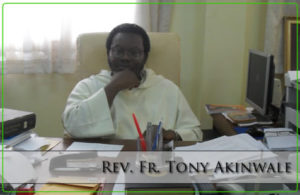 The controversy generated by two Nigerian Christian leaders on the significance of Christmas celebration or its otherwise, intensified at the weekend, as some Catholic Priests described the Pentecostal pastors as ‘religious ignoramuses.’
The General Overseer, Lord’s Chosen Revival Ministries, Pastor Lazarus Muoka, had said that Christmas is the doctrine of those who do not read the Bible.
Muoka, during an interview had said, “There is not a place in the Bible that l see Christmas. What l do is taking advantage of the Christmas to preach the gospel.”
According to him, “ln the first place, our programme is aimed at saving souls, our programme is not for funfair, it is not a celebration of the birth of Jesus Christ, but, rather preaching the gospel of Jesus Christ.”
On his part, General Overseer of Mountain of Fire and Miracles Ministries (MFM), Dr. Daniel Olukoya, said the church does not celebrate Christmas because it is unbiblical.
The popular cleric insisted that no book in the Bible recorded the word ‘Christmas’ or that Jesus was born on December 25.
“If you really study the Bible from Genesis to Revelation, there is no word like Christmas. The Bible only recorded that the Shepherds were taking care of their flocks during a very cold season when they sighted the star that announced the birth of Jesus Christ.
“This cold period could be around April or May,” Olukoya said, adding, “December 25 is a date originally set aside by ancient Romans for Mars festival among worshippers of the sun.”
Olukoya had emphasised that the birth of Christ was subsequently co-opted into the same date to give the Mars festival more popularity and then renamed ‘Christmas’.
However, Reverend Father Anthony Akinwale, Vice Chancellor, Dominican University, Ibadan, regretted the funny mentality of those who confuse terminology with theology.
Dominican University, Ibadan, is promoted by the Dominicans who have 800 years of experience in education. For 23 years, Dominicans in Nigeria have run a Philosophy degree programme, fully accredited by the National Universities Commission (NUC) at the Dominican Institute, Ibadan.
Akinwale said: “Easter as a term is not in the Bible, but we celebrate Easter because it is an event and a mystery recorded in scripture.
“Same with Christmas, it is not the term or calendar date we celebrate, but the event and mystery. One day now, someone will wake up tipsy on ‘anointing’ and tell me to tell him why I call myself a Catholic since that term doesn’t exist in the Bible.
“Same folly can be extended to all churches because no church has a name that is used as a group of church members in the Bible.
“A Pentecostal church that says it doesn’t celebrate Christmas because the term doesn’t exist in the Bible, but calls itself a Pentecostal church is just a comic contradiction.
“Pentecost means 50th day, it was an agricultural feast that had nothing to do with the Holy Spirit until that particular year that the Holy Spirit fell on the apostles in Acts of the Apostle Chapter 2.
“Even after that, there is no record in the scripture that the Holy Spirit fell on other people on Pentecost day. If I wanted to be ‘an anointed idiot’ I would have been going round condemning Christians who identify as Pentecostals, quizzing them to show me where it is in the Bible that a group of believers were referred to as Pentecostals or to prove to me where any group of Christians celebrated Pentecost in the Bible.
“Yet common sense dictates that it is neither terminology nor semantics we identify as Pentecostal but the reality and mystery of the Holy Spirit.”
Corroborating the argument, another Catholic Priest, Reverend Father John Oluoma, said, “When you want to use the Bible to validate or invalidate any religious practice, you look for the biblical theology about it, not the terminology.
“Mother’s Day, Father’s Day and Children’s Day are not in the Bible, but the Bible doesn’t have anything against their celebrations.
“It is only a religious ignoramus that will condemn those celebrations and get pious zombies to follow suit. If you care to know, there are many things we do in life that are not in the Bible and God isn’t angry at all.
“Traditional marriage, village meetings, cross over vigils (these ‘show me where it is in the Bible’ folks who are addicted to December 31 Crossover vigil don’t even know it is not in the Bible in their sense), birthday parties and wedding anniversaries are not in the Bible.”
Oluoma, a Priest of the Catholic Church Archdiocese, Abuja, said, “whoever adjectivised sense with common hasn’t experienced this generation of where is it in the Bible intoxicated Christians, common sense is very rare. The Bible is not a dictionary or history book, it is more of a theology than terminology.
“Finally, someone needs to tell Dr. Daniel Olukoya that MFM has a Football Club. I have been searching for it in the Bible and couldn’t find, abi no be MFM get that football club? Some nonsense must stop this year o, let me come and be going.
“Christmas is not a pagan festival, but a replacement of pagan festival based on the wisdom and discretion of early church fathers to stem the ugly tide of paganism, which was eating the fabric of God’s church at that time.
“The name, ‘Christmas’, comes from the Mass of Christ (or Jesus). A Mass service (which is called Eucharist or Communion) is where Christians remember that Christ died for us and then came back to life. A fellowship of thanksgiving celebrated in the Eucharist.
“Christmas is a thanksgiving to God for the gift of His son to the world. The word which became flesh, the word which existed from timeless prehistory, the word which became God and dwelt among us to reconcile man and God… John.1:1-18,” he explained.