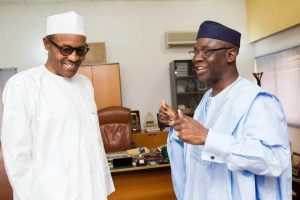 The megachurch, located at 30, Kudirat Abiola Way, Oregun, Ikeja, Lagos, was reportedly built at the cost of about N9 billion. It has several revenue-generating facilities.

The outbreak of COVID reportedly scuttled plans for a mega opening, forcing the church to silently take possession of the building in 2020.

It took bank loans and some contribution from President Muhammadu Buhari, to whom Bakare is an ally, to build the structure.

Following media reports that Bakare and his church were in trouble over the huge loans procured to fund the project, the pastor had opened up to set the record straight.

“Citadel was financed by five banks. No government money, not one dime,” Bakare is quoted to have said.

“The only person in government who gave us money was Buhari — the N5 million I mentioned earlier.

“Even the loans we took, we didn’t take a penny into account. They were paid directly to contractors.

“Out of the five banks, we have paid two off. We are on the third one now, that is, Fidelity Bank.

“We have paid off Unity Bank and UBA.

“We are paying Fidelity now. Two other banks have restructured the facilities (loans) so that instead of two years, it is now five years where we can pay in installments,” he reportedly said.
#goldmynetv