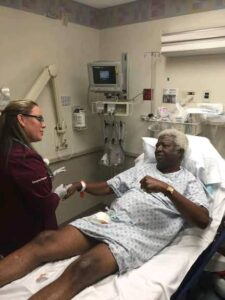 Bruno died after battling with diabetes and going blind for years.

His painful dead was made known by close associates and filmmaker, Derik Zai, who revealed that the actor died at the National Hospital, Abuja.

According to him, Chief Bruno has been in coma for about 3 weeks, and everything done to stabilize him couldn’t bring him back to life.

His remains have been deposited at the hospital mortuary.

His family members is yet to put out official notice and announce his burial arrangements.. 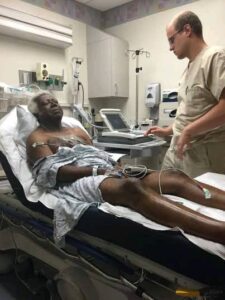 Iwuoha was named best supporting actor at the third Africa Movie Academy Awards (AMAA) in 2007 for his role in Sins of the Flesh.
The Actors Guild of Nigeria (AGN), which said in February that it was launching an appeal fund for him and other ailing actors, is expected to make an official statement about the death.

Sadiq Daba’s last movie appearance was in Kunle Afolayan’s ‘Citation’ which was released in October 2020.

The ace broadcaster had gone public with his illness in November 2017.when he revealed he had been diagnosed with prostate cancer.