The NDLEA said an investigation has revealed that Kyari is a member of a drug syndicate which operates across the globe. 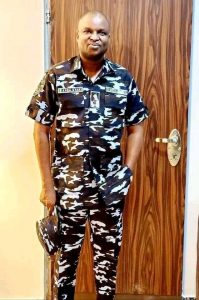 This was made known by the spokesperson for the NDLEA, Femi Babafemi, during a press briefing held at the agency’s headquarters.

The NDLEA said an investigation has revealed that Kyari is a member of a drug syndicate which operates across the globe.

In July 2021, the United States Federal Bureau of Investigation revealed how Kyari allegedly collaborated with Hushpuppi to jail one of the latter’s associates after a dispute over a $1.1 million scam on a Qatari businessman.

The FBI also alleged that the embattled social media celebrity sent money to Kyari via a third person’s bank account and hosted him in his Dubai apartment.

According to the US Department of Justice, a criminal complaint initiated the prosecution of Hushpuppi as court documents showed that Abbas, 37, pleaded guilty.

The United States Attorney’s Office, Central District of California, had issued an arrest warrant against Kyari.

Hushpuppi has since pleaded guilty to the charges and if convicted risks a 20-year-jail term, three-year supervision upon completion of jail term, and monetary restitution to the tune of $500,000 or more.

The court documents also outlined a dispute among members of the Hushpuppi conspiracy, which allegedly prompted him to arrange to have an individual identified as ‘co-conspirator’ Kelly Chibuzor Vincent, jailed in Nigeria by DCP Kyari.

Following the allegations, the top detective was suspended and a panel was set up by the Inspector-General of Police to probe the FBI allegations.

But Kyari denied the allegations, claiming that his “hands are clean”.