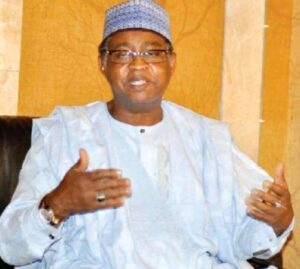 Born on 13 January 1952. Lieutenant Colonel who served as Military Administrator of Osun State (August 1996 – August 1998) during the military regime of General Sani Abacha. 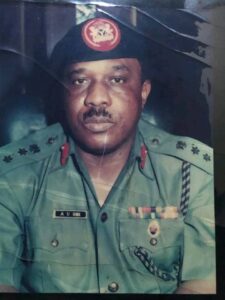 He then became Military Administrator of Abia State in August 1998, handing over power to the civilian governor Orji Uzor Kalu in May 1999.

The erstwhile Military Administrator died on Saturday, January 1, and was announced by his family.

The Osun State Governor, Gboyega Oyetola, has since mourned the former military administrator.

While condoling with Obi’s family, Gboyega hailed his contributions to governance in Osun, and described him as one of those who laid the foundations of the State.

“The death of Colonel Anthony Obi (rtd) is painful and a huge loss not only to his family but to the nation. He was a brave, committed and experienced military officer who served Nigeria and Osun in particular selflessly and passionately.

“As a military administrator, Obi made remarkable contributions to governance in Osun and was one of the leaders who laid the foundation of our State and left some legacies he will be remembered for,” he said.

“On behalf of my family, government and the people of Osun, I extend my deepest condolences to the family of Colonel Anthony Obi (rtd).

Though his death is devastating, I urge you to take solace in the legacies of selflessness, professionalism and service to humanity he left behind.” he added.