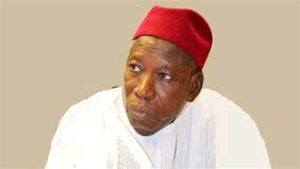 Armed thugs in Kano have set a campaign office of Senator Ibrahim Shekarau-led faction of APC on fire.

Infopowerng reports that hundreds of thugs arrived at the Maiduguri Road office of the party, vandalising billboards, furniture and setting part of it on fire.

The office is reportedly owned a senator representing Kano North, Barau Jibrin, who is also a key figure in the Shekarau-led group. 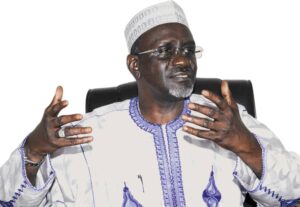 It was further learnt that thugs also vandalised the new office on Zoo Road where the chairman of the party Admadu Danzago is planning to occupy.

Ismaila Dikko, the state commissioner of police, confirmed the attacks, saying he despatched policemen to the scenes to cordoned off the area and restore normalcy.

“We are already in control of the situation, and my men have fully taken over the place. We are investigating what happens”, Mr Dikko said.

Recall that the State Government on Wednesday sealed up the office of a senior lawyer, Nureini Jimoh, SAN, who secured victory against the Governor Abdullahi Ganduje-led faction of the APC.