The Senator Andy Uba Campaign Organization has rejected the outcome of the just-concluded Anambra state governorship election as declared by the Independent National Electoral Commission (INEC). 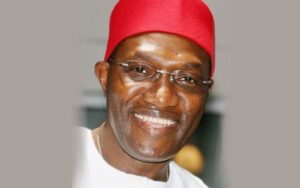 The campaign group appealed to the APC supporters to remain peaceful and calm, saying “we will not relent in pursuing our stolen electoral mandate to the limit of the law through all the constitutional means available as the facts on ground did not in any way reflect the outcome of the elections as announced by the obviously compromised INEC.”