Sixty-two members of a vigilante group popularly known as Yan Sa Kai have been confirmed killed in an ambush at Anemi in Sakaba Local Government Area of Kebbi State. 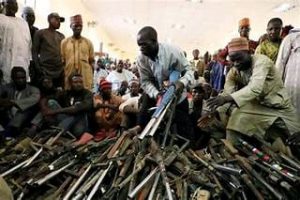 Chairman of the vigilante, Zuru Emirate, Usman Sani, a retired Warrant Officer, when contacted on phone on Monday, confirmed the incident.

“Large number of bandits killed over 62 members of a joint operation of our Yan Sa Kai members, in an ambush on Sunday night at Anemi, Sakaba Local government of Kebbi State. They burnt 12 of our motorcycles. 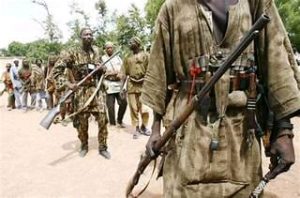 “The number of the casualties we suffered maybe more than 62 because we are still recovering bodies littered in the bush.

“We also killed the bandits but we cannot ascertain their number because they normally evacuate their dead bodies and burn them somewhere,” he said.

The chairman said he suspected informants must have tipped the bandits of their (Yan Sa Kai) plan to ambush the bandits who prepared and came in their large numbers.

The chairman said: “We came round through Darangi-Rijau in neighbouring Niger State in an attempt to ambush the bandits at Anemi. Little did we know that they have been tipped off. So they laid ambush, hid their motorcycles in the shrubs, circled us and opened fire from different directions. Among the 62 is a member killed alongside his son.”

He however stated that the police is still compiling the casualty figures suffered by the Yan Sa Kai during the attack.

“We are yet to ascertain the total casualty figure from the ambush launched by the bandits against the Yan Sa Kai in Anemi. For now we are still compiling,” he said.