The Obi of Awka Ancient Kingdom, His Royal Highness, Eze Uzu 111 of Awka, Obi Austin Ndigwe on Friday issued a 7 days ultimatum to the wife of former governor of Anambra State, Mrs Ebelechukwu Obiano, to publicly apologise to the entire Igbo people or face serious consequences. 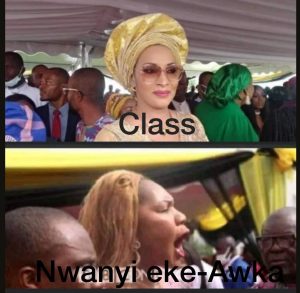 He said that by fighting widow of the late Chukwuemeka Odumegwu Ojukwu, wife of the former governor of Anambra State, Mrs Obiano desecrated Awka land.

The monarch in a press release he signed and distributed to journalists in Awka described the actions of the wife of the former governor as sacrilegious, and that as the monarch of the town, he will have to appease the gods of Awka land to avoid calamities. 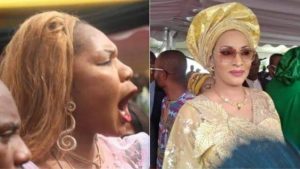 Ndigwe said: “She should also tender an unreserved apology to the new Governor of Anambra State, Professor Chukwuma Soludo, for her disgraceful conduct during his inauguration. The same should go for the chief judge of the state who was conducting the swearing in when she descended.

“This grave sin was committed in the land of Awka which is known for peace and unity. Therefore, as the traditional ruler of the people and chief custodian of our culture I am under obligation to perform some sacrifices to cleanse our land of this filth and pollution and to appease the gods. 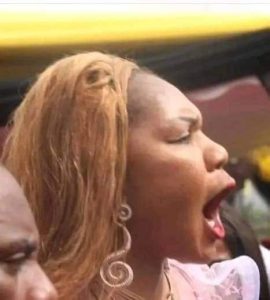 “I have long spoken with Bianca Ojukwu who told me that what angered her was that Mrs Obiano walked up to her and called her unprintable names, including querying her presence at the swearing in the ceremony.”

According to the monarch, a study of the scenario showed that Mrs Obiano’s action was deliberate, as she came very much prepared to disrupt the swearing in ceremony.

Whike saying that Mrs Obiano’s action was not only against Mrs Ojukwu, but against the late Ojukwu, who is the National Leader of the ruling party in the state, the All Progressives Grand Alliance (APGA), Ndigwe stressed that Bianca was not at the ceremony as Bianca, but as a direct representative of the party’s leader.

He added: “Ebele’s action of casting aspersion on her is an affront on the entire Igbo people. It was indeed on Odumegwu Ojukwu and not on Bianca as a person. This is an insult on Igbo and it must not go unpunished.

“It is on record that I took Obiano and his wife, Ebele, to Bianca Ojukwu where they knelt down while seeking the party’s governorship ticket. Bianca endorsed Obiano and called on all APGA members including then Governor Peter Obi to support him. 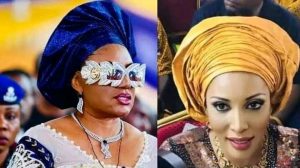 “Mrs Ebele Obiano has only 7 days to apologise as demanded and directed or face serious consequences.”