BIAFRA: NNAMDI KANU BLOWS HOT ! Our case Will not be Ignore by United Nations

NewsMirror September 18, 2019
President Muhammadu Buhari has approved the appointment of Dr. Mrs. Folashade Yemi-Esan as the Acting Head of the Civil Service of the Federation with immediate…
Continue Reading 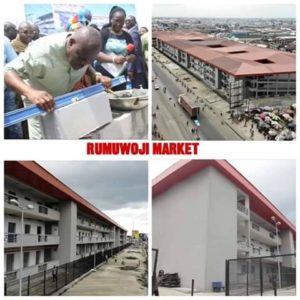 The Governor of Ekiti State KAYODE Fayemi has thrown encomiums on the governor of Rivers, Nyesom Wike. The governor made this statement while officially commissioning of Rumuwoji international Market. According to a press release made available to Newsmen by the Special Assistant to the Rivers State Governor on Electronic Media Simeon Nwakaudu. It reads 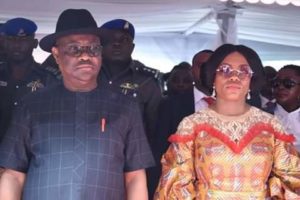 He said: “We are proud of him (Governor Wike) . We are proud of the work he is doing in Rivers State. He is going to continue to Commission projects till 27th September. That is almost 10days from now.

“Even if it is one project per day, it will be almost 10days. Now I understand why they refer to him as Mr Project”.

Fayemi said that governance is about improving the living standard of the people, noting that Governor Wike has worked hard for Rivers people.

He said: “The promise that the governor made is what he is fulfilling today. That is what government is all about. Government is about affecting the lives of our people.

He said though he is not in the same political party with Governor Wike , his duty as chairman of Nigeria Governors Forum is to support, protect and defend all governors irrespective of their party affiliations.

In his address, Rivers State Governor , Nyesom Ezenwo Wike said that he pledged to rebuild the Market and that the commissioning of the Rumuwoji Market is a fulfilment of that promise

“I made a promise to construct this market. We started this market from the foundation to its completion.

“When we make promises to the people, we are bound to fulfil the promises. Hold us accountable to our promises, because there is no need for excuses. We made a promise and we have fulfilled that promise “, he said.

He informed that the Rivers State Government has finished paying for the project.

Governor Wike established a management committee for the market, directing the committee to ensure that the market serves the people.

He announced that he will give allocation to Rumuwoji community, Rumuwoji women and other people will get their shops through open balloting.

“I will give Rumuwoji women shop allocations in this market. I advise that they should not sell their shops because we will release funds for the Rumuwoji women to ply their trade”, he said.

The Governor stated that he will build a market for the Nkpolu Community as a means of improving the economy of the area.

Mayor of Port Harcourt City Local Government Area, Victor Ihunwo commended the Rivers State Governor for delivering a Market of international standard to the people of the city.

Chairman of the Rumuwoji Market Association, Eze Nyeche thanked the Rivers State Governor for keeping his promise to the traders. END_OF_DOCUMENT_TOKEN_TO_BE_REPLACED

NewsMirror September 18, 2019
Groups of women on Wednesday marched to the government house in Port Harcourt to protest the killing of young women in hotels in the state.…
Continue Reading

IN ABIA, WE MAINTAIN A ROBUST RELATIONSHIP WITH THE PRESS — IKPEAZU

NewsMirror September 18, 2019
The Governor of Abia State has reiterated his government commitment towards working in synergy with the media, the governor made this disclosure when receiving the…
Continue Reading

NewsMirror September 18, 2019
The Ekiti State University on Wednesday was awed at the news of a female student who allegedly stabbed her boyfriend to death at a hotel in…
Continue Reading

CJN to swear in 38 SANs on Monday