Security agencies on Tuesday said they uncovered dead bodies, decapitated human heads and roasted bodies at the ESN members and kidnappers camps during their last Monday operation which led to the arrest of over 30 kidnappers. 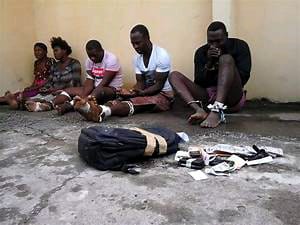 The Imo state Director of Security Services, DSS, Wilcox Idaminabo, disclosed this to newsmen in Owerri, after the operation which took place in Orsu local government in Imo state and Uli in Ihiala local government area of Anambra state. 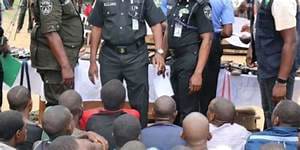 According to him, “It was a joint security operation comprising the military, Police and the Director of State Services, DSS, we stormed the kidnapper’s hideout in a community In Anambra state and Orsu in Imo state. 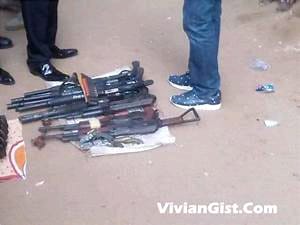 ,
“The community has been deserted and nobody is leaving there. The boys carved a large area of land and that is another form of insurgency nobody is residing there.”

“In the cause of the operation the security forces were able to rescue Eze Acho, and we discovered a lot of decapitated bodies. I wonder, in the 21st century, we noticed that people still practice cannibalism here. We saw human flesh being roasted. It was an eyesore.

“We saw a lot of dead bodies. What they do is kidnap and kill some of them. Of course, they engaged the security agencies but we overpowered them and made a lot of arrests,” He said.