Umuahia Central representative in the Abia State House of Assembly, Hon Chukwudi Apugo, has cast his vote for the Old Aba Division as deserving of the Abia State governorship in 2023. 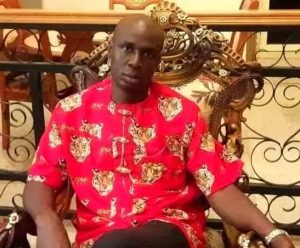 Apugo stated in an interview with Vanguard newspaper: “If you look at the agitation for power from the senatorial zone point of view, you say it should return to Abia North where it started in 2019. But if you look at it with the lens of Charter of Equity, it should go to Aba Division to complete their balance of 16 years that Old Bende was in power.” 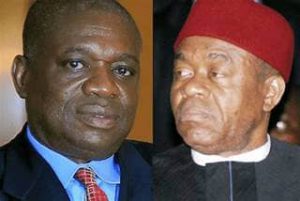 Apugo, a scion of the renowned Apugo family of Umuahia, chastised leaders who are “economical with the truth“ in not recognising and accepting the imperative of the powershift in favour of the Old Aba Division.

The Assemblyman said that retaining power in Abia Central is just and follows the practice established by the first governor of Abia State in the Fourth Republic, Senator Orji Uzor Kalu.
Apugo added, “The two Divisions that makeup Abia are Old Bende and Aba divisions. When the former Governor, Dr Orji Uzor Kalu, finished his second tenure in 2007, he gave power to his brother, Senator Theodore Orji, from the same Old Bende but Abia Central.

“When Senator Orji finished in 2015, he gave power to Governor Okezie Ikpeazu in Abia South (Old Aba Division). Then, as Ikpeazu will be finishing in 2023, I feel that his body language is that he will also look for his brother from the Old Aba Division to balance the political equilibrium.
“People should know that Abia Central is a donation of three Local Government Areas each from Old Bende and Aba Divisions. The remainders then became Abia North and Abia South because each state should have three senatorial zones.

“So, if Ikpeazu supports his brother in Old Aba Division to succeed him, it won’t be strange. He will only be doing what Orji Uzor Kalu did.”
The PDP in Abia State recently sought to balance the contentions in the state by zoning the governorship space to Abia Central and Abia North ahead of the party convention.