Leaders and elders of the All Progressives Congress (APC) in Kwara State yesterday berated the minister of Information and Culture, Alh Lai Mohammed for denigrating the state governor, AbdulRahman AbdulRazaq. 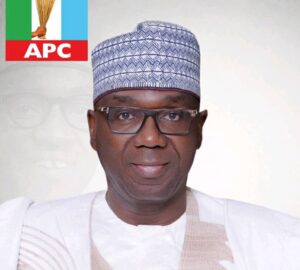 The elders under the aegis of Kwara APC Elders Caucus were reacting to the disparaging comments made by the minister about the governor in a recent newspaper’s interview. 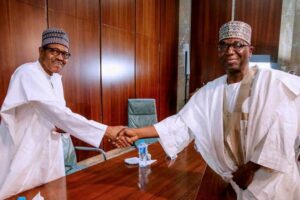 ” For Lai Mohammed to denigrate on Governor AbdulRahman AbdulRazaq political status in Kwara State and his role in the funding of the 2019 electioneering campaigns and election proper is most unfortunate,” the spokesman of the elders, Ambassador Nurudeen Mohammed declared at a news conference in Ilorin, the state capital on Monday. 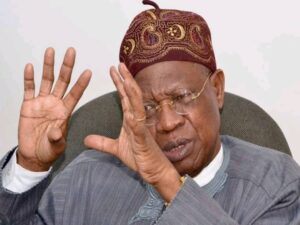 Mohammed was flanked by some leaders of the group, including Kunle Sulyman, Alh. Mohammed Ahmed, Wole Oke and James Ayeni.

Mohammed claimed that the minister was never known in Kwara politics until 2002 when he came to the State” apparently exported to the state from Lagos to come and contest for governorship election just as his colleagues in other Yoruba states , who have, before then spent all their years in Lagos where they cut their political teeth and had held one political office or the other, elected or appointive before they were sent on loan to their home states to take over governance at the expense of the people (politicians) who had been on ground for decades, and residing in their states since birth.”

Recalling that Mohammed was the chief of staff to the first Lagos state governor in the current fourth Republic, the APC elders spokesman noted that:” Of all his ( minister) Lagos colleagues hitherto sent out from Lagos to contest governorship election in the current Republic, it’s only Lai Mohammed who has failed to win in his state where he contested in 2003.

” The question one would like to ask is why he failed in the election. The answer should be obvious. Lai Mohammed was never seen in Kwara in the Second Republic politics nor was he ever heard of in the political landscape of Kwara state politics of the Third Republic. He was an unknown quantity in those days. He has all along been a de facto Lagosian rather than being a Kwara.”

On the contrary, Mohammed, said ” for all that it is worth, when we talk of political pedigree and dynasty, Governor AbdulRahman AbdulRazaq belongs to the most well known political lineage in Ilorin.”

On the funding of the 2019 elections in Kwara state, Mohammed noted with satisfaction that the governor and members of of the National Assembly and state House of Assembly had denied receiving a dime from the minister.