Andy Uba, governorship candidate of the All Progressives Congress (APC) in the Anambra election, says he will challenge the victory of Chukwuma Soludo at the court. 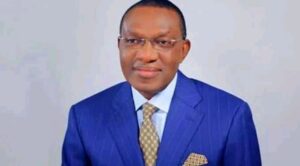 Soludo, candidate of the All Progressives Grand Alliance (APGA), secured 112,229 votes to defeat his two major rivals — Valentine Ozigbo of the Peoples Democratic Party (PDP) who got 53,807 votes, and Andy Uba of APC who secured 43,285 votes.

The Independent National Electoral Commission (INEC) declared Soludo as the winner of the poll on Wednesday.

Speaking on Saturday while addressing party members and supporters, Uba rejected the results of the election, saying he will reclaim his “stolen mandate” at the court.

Uba, who was defeated at his LGA, maintained that he could not have lost in areas where the APGA ward chairmen defected to APC.

“I am confident that APC will reclaim the stolen mandate at the court,” Uba said.

“I am not hungry and nobody here on the high table is hungry and by grace of God we will recover this mandate.”

Uba further asked party members not be discouraged with the outcome of the election as he is confident of victory at the court.

On Thursday, the Andy Uba campaign organisation had rejected the result of the governorship election, saying it was fraught with irregularities.