Following a viral video of Mrs Ajuese Obiora of Eziagulu-Otu , Aguleri, Anambra East Council Area who was accused of adultery said to be the cause of her husband’s death, the Anambra State Government through the Commissioner For Women Affairs, Lady Ndidi Mezue has visited her to seek for justice. 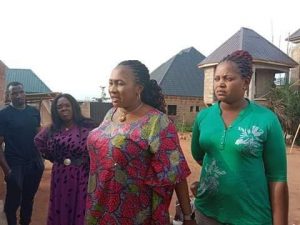 The woman who was accused of having extra marital affairs was beaten and striped naked by her in-laws for the loss of their brother, Mr Obiora popularly known as Okeosisi Aguleri.

She was also forced to swear an oath before their deity. 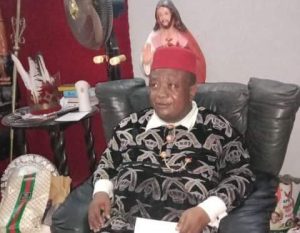 Addressing the woman’s family,the Commissioner For Women Affairs,Lady Ndidi Mezue who was sent to the mission by Minister of Women Affairs and the wife of the state governor, Dr Ebelechukwu Obiano frowned at the ugly scenario of molestation metted on the woman noting that gone are the days when people take decisions on their own and condemned the evil act.

She noted that justice must prevail and the peptriators of the act must be brought to book and encouraged Mrs Obiora not to lose hope.

The Commissioner provided funds for her medications.

The traditional ruler of Aguleri, Igwe Micheal Idigo condemned the act stating that it’s not in their culture to molest any human being consoling both families even as he promised that that his cabinet members and the ruling council in the community are having meetings on how to ensure peace and justice prevail.

The Woman President Generals of Enugwu Otu Aguleri,Mrs Vivian Iwuno assured that since the government through the ministry of women affairs have wade in,that justice must prevail stating that no matter what, it was evil to strip a woman naked.