Russian President Vladimir Putin has ordered troops into separatist-held parts of eastern Ukraine in what the Kremlin called a “peacekeeping” mission, just hours after he signed decrees recognizing the independence of the Moscow-backed regions. 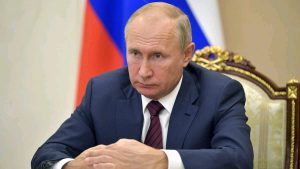 It is unclear if Russian troop movements marked the beginning of an invasion of Ukraine that Western leaders have warned about for weeks. But multiple US and Western officials warned Monday’s move could serve as the opening salvo of a larger military operation targeting the country.
In a fiery speech on Monday night, Putin blasted Kyiv’s growing security ties with the West, and in lengthy remarks about the history of the USSR and the formation of the Ukrainian Socialist Soviet Republic, appeared to cast doubt on Ukraine’s right to self-determination.
“Ukraine has never had traditions of its own statehood,” he said, calling the eastern part of the country “ancient Russian lands.”
The decrees signed by Putin conveyed Moscow’s official recognition over two breakaway territories in the Donbas region of eastern Ukraine — the Donetsk People’s Republic and Luhansk People’s Republic (DPR and LPR). The decrees recognized them as independent states and guaranteed their security with Russian troops. The decrees said that Russian so-called peacekeeping forces would be deployed in the regions. 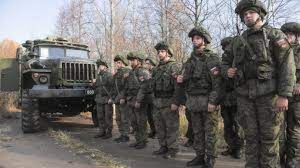 A senior US administration official said the speech was meant to “justify war” to the Russian people and that it amounted to “an attack on the very idea of a sovereign and independent Ukraine” using “a number of false claims” meant to justify military action.
“The human costs of a further Russian invasion and occupation will be devastating,” the official said.
Ukrainian President Volodymyr Zelensky addressed the nation early Tuesday saying Russia’s actions violate the country’s “national integrity and sovereignty” and Ukraine’s international borders will “remain as such.”
“We are on our land. We are not afraid of anything and anyone. We don’t owe anything to anyone, and we will not give away anything to anyone. And we are confident of this,” Zelensky said in his video address.
He said Ukraine had initiated an emergency meeting with the Normandy Four, which also includes Germany, Russia and France.
Separatists in eastern Ukraine have long had substantial backing from the Kremlin, with the US, NATO and Ukrainian officials saying Moscow supplies them with advisory support and intelligence, and embeds its own officers in their ranks. Russia has always denied having its own troops on the ground.
Moscow has also distributed hundreds of thousands of Russian passports to people in Donbas in recent years, with Putin attempting to establish facts on the ground by naturalizing Ukrainians as Russian citizens. Kyiv and the West maintain that the region is part of Ukrainian territory, although the Ukrainian government asserts the two regions have been in effect Russian-occupied since 2014, when the conflict in eastern Ukraine began.