After 34 years, suspected maker of bomb that killed 270 in plane crash at Lockerbie finally captured, remanded in US jail

A Libyan man accused of making the bomb which destroyed Pan Am flight 103 over Lockerbie 34 years ago is in United States custody, Scottish authorities have said. 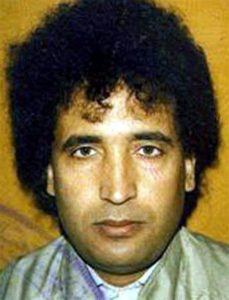 The US announced charges against Abu Agila Masud two years ago, alleging that he played a key role in the bombing on 21 December, 1988.

It is the deadliest terrorist incident to have taken place on British soil. 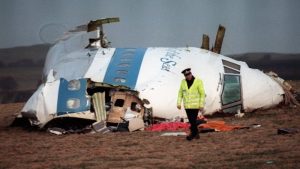 All 259 passengers and crew on board the jumbo jet bound to New York from London died while another 11 people were killed in Lockerbie when wreckage destroyed their homes.

Last month it was reported that Masud had been kidnapped by a militia group in Libya, leading to speculation that he was going to be handed over to the American authorities to stand trial.

A US Justice Department spokesperson told the Reuters news agency that Masud would make an initial appearance in a federal court in Washington.

Five years ago he was serving a prison sentence in Libya for bomb-making.

In 2001 Abdelbaset al-Megrahi was convicted of bombing Pan Am 103 after standing trial at a specially-convened Scottish court in the Netherlands.

He was the only man to be convicted over the attack. 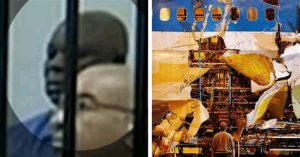 Megrahi was jailed for life but was released on compassionate grounds by the Scottish government in 2009 after being diagnosed with cancer.

Megrahi, who always proclaimed his innocence, launched two appeals against his 27-year sentence. One was unsuccessful and the other was abandoned.

A spokesperson for the Crown Office and Procurator Fiscal Service (COPFS) said: “The families of those killed in the Lockerbie bombing have been told that the suspect Abu Agila Mohammad Mas’ud Kheir Al-Marimi (“Mas’ud” or “Masoud”) is in US custody.

“Scottish prosecutors and police, working with UK government and US colleagues, will continue to pursue this investigation, with the sole aim of bringing those who acted along with Al Megrahi to justice.”

US and British investigators indicted Megrahi in 1991 but he was not handed over by the Libyans until April 1999.

May 2000 – A special trial under Scots law starts on neutral ground at Camp Zeist in the Netherlands.

31 January 2001 – Former Libyan intelligence officer Megrahi is found guilty of mass murder and jailed for life with a minimum term of 27 years.

March 2002 – Megrahi loses an appeal against his conviction.

June 2007 – The SCCRC recommends that Megrahi is granted a second appeal against his conviction.

18 August 2009 – Megrahi’s move to drop his second appeal is accepted by judges at The High Court in Edinburgh.

20 August 2009 – Megrahi, who has terminal prostate cancer, is released from prison on compassionate grounds.

July 2015 – Scottish judges rule that relatives of the Lockerbie bombing victims should not be allowed to pursue an appeal on Megrahi’s behalf. Courts had previously ruled that only next of kin could proceed with a posthumous application.

July 2017 – Megrahi’s family launched a new bid to appeal against his conviction.