Some presidential aspirants contesting on the platform of the ruling All Progressives Congress (APC) have kicked against the decision of the Aso Rock cabal to adopt former President Goodluck Jonathan as the presidential consensus candidate of the party, SaharaReporters has gathered. 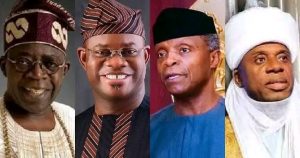 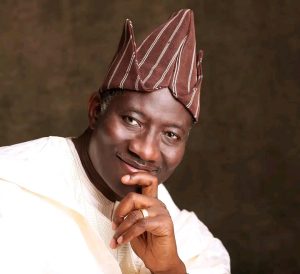 The cabal, comprising some members of President Muhammadu Buhari’s extended family and friends, are the powers behind the throne.

The group led by Buhari’s nephew, Mallam Mamman Daura is said to have the ear of the President. It also influences policy-making and determines those who get major appointments.

We had recently reported how Jonathan met with Daura and other cabal members in Abuja where he was promised the automatic ticket of the APC.

The consensus method will entail President Buhari anointing him, while other aspirants will step down as it was done during the March 26 national convention of the APC, which produced Senator Abdullahi Adamu as the chairman of the party

“The cabal members have told Buhari to back Jonathan. The President, some NWC members led by the chairman, Adamu, APC governors and other key leaders of the party would soon meet with all the presidential aspirants at the villa,” another source in the Presidency had added.

Sources told our reporters that most of the aspirants have vowed to test their popularity at the primary election regardless of the decision of the Aso Rock cabal.

Most of them were also said to have vented their anger toward the leadership of the party. They warned that the action could lead the party into a major crisis.

“Almost all the aspirants including Tinubu, Osinbajo, and Amaechi are pretty unsettled over the decision of the cabal. It’s unfortunate,” a source told SaharaReporters on Thursday.

Meanwhile, sources said that the former President has submitted his nomination form through the APC national chairman, Abdullahi Adamu.

A Federal High Court sitting in Yenegoa, Bayelsa State is also expected to rule on Friday that Jonathan is “constitutionally” qualified to contest for president in 2023.

Jonathan was Nigeria’s vice-president between 2007 and 2010 and became the president in May 2010 following the death of President Umaru Musa Yar’Adua. He later completed the latter’s tenure.

Jonathan won the 2011 presidential election but lost his attempt to secure a second term in office in 2015.

We had in the past reported how the Aso Rock cabal was pressurising the former President to defect to the APC.

He was said to have surprised the Northern elite and the cabal by his disposition to the Buhari presidency despite all the dirt and campaign of calumny thrown at him and the PDP before the 2015 presidential election, which gave Buhari an unprecedented victory over an incumbent.

It was learnt that some cabal members had also been impressed that despite the Buhari government’s glaring failure, Jonathan had not openly criticised his predecessor or his administration, much unlike ex-President Olusegun Obasanjo.

For instance, former President Olusegun Obasanjo had written open letters condemning the Buhari government and also verbally berated it at any opportunity.

Newsmirrorng.com learnt from sources that the establishment of ‘Almajiri’ schools by Jonathan to reduce a large number of out-of-school children in the North also scored the former president good points in the eyes of the northern cabal in the APC, especially with most of it now rotting away, even under a Northerner as president.