ADONITOLOGY: Church Where Women With Big Backside Are Been Worshipped And Respected Posted by News Mirror, 28 May, 2021

The Earth is undeniably a beautiful planet, but it is also home to a diverse range of strange philosophies, friendly beliefs, and divergent viewpoints, as shown by the proverb ” One man’ s meat is another man’ s poison. ” 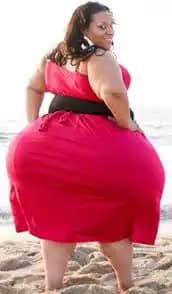 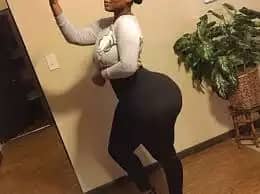 This adage serves as the foundation for most people’ s worldviews and beliefs on the planet.

We’ ve also heard of a variety of religions, including Islam, Christianity, Buddhism, Taoism, Hinduism, Judaism, and Confucianism, to name a few. Many of these religions are based on the founders’ and adherents’ differing viewpoints.

I came across one recently that was very surprising. I was stunned when I first learned of it! ADONITOLOGY— the worship of curvy and butty women— is the name of this religion I’ m referring to.

Aren’ t you taken aback? When I first heard about it, I thought the same thing.

Prophet Adonis, the creator of this so- called faith, says that on January 3rd, 1996, an Angel named Elishamel, a curvaceous bottom god, visited him and told him to found a religion for curvy women and write the Book of Adonai, a holy book for them.

To assuage your fears, it is a legitimate and well- established church with a sizable congregation. It is said that the Church has been around for 20 years. The ‘ twerk praise’ is a common tradition in this Church. This, however, amuses me. For women with a curvy bottom, the twerk appreciation dance is a stress reliever. Twerking to spiritual/positive music is known as twerk praise dance. 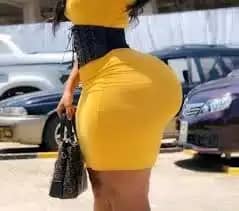 So, if you’ ve ever wanted to practice a religion that worships butts without feeling guilty, the church of Adonitology is the place to be. Find it!

The Holy Spirit, on the other hand, was a woman with a lot of booty. Jesus told him that it was God’ s plan for big- butted women to rise to power in the twenty- first century, and that he was to start a religion dedicated to their worship.

Over the past 20 years, the church of Adonitology has been worshiping big butts in churches where women twerk to the glory of God– just as God intended.