As the decision day for Abia APC Governorship primary election to pick the party standard flag bearer in Abia state for 2023 general election, a group under the aegis of NEW ABIA AGENDA 2023 has appealed to APC delegates to vote massively for Chief Obinna Oriaku. 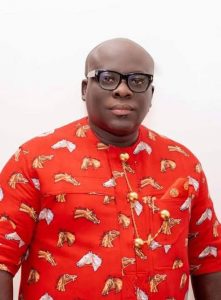 The group in a release made available to www.newsmirrorng.com and signed by Kalu Ibem kalu and Miss Joyce Emenike, the President and Secretary respectly said, the group is a pro APC group in Abia, signalling that Abia APC as a party have gone through the worst acrimonious and toxic relationship on the build up to the primary election and needed a departure from the past, therefore consider the Candidature of Chief Obinna Oriaku ( Ekwe Dike ) as the best based on three pillars of – capacity, capability and a bridge builder.

” For the sake of clarity, Mr Obinna Oriaku will not withdraw from the APC Gubernatorial primary election no matter the level of perceived impunity and injustice “.

“As a party man,and in line with his avowed commitment to whatever cause he believes in, will see to the end of the process ,that is, the primary election, because evidences abound that he is the only guarantee for a better outing for our party the APC in the forthcoming elections” .

Mr. Kalu therefore encourage all the delegates to vote Mr Obinna Oriaku as he has capacity to match any candidate in the general elections in Abia .

Obinna, for many reasons, represents the face of the new Abia that we all yearn for, therefore should be given a chance.

We therefore urge you to vote the candidate that has the requisite capacity as well as the unanimous acceptance that sure will make APC proud in 2023, he added with a harsh tag manta:-