Senate Minority Leader, Senator Enyinnaya Abaribe has expressed sorrow and sadness over the fatal accident at Waterside-River area of Ogbor Hill, Aba, which claimed lives and injured many. 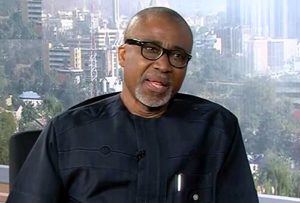 Senator Abaribe in a statement released in Abuja by his Media Adviser, Uchenna Awom, also consoled the families of the victims, Government and people of Abia State on the sad incident and prayed that God will comfort the families of the departed and heal the wounded. 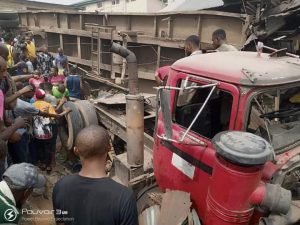 However, the Senator while applauding the measures rolled out by the State government to avert further occurrence, also advised the people to seriously abide by the government directives as it is in the best interest of the people.

Nonetheless, Senator Abaribe who represents Abia South, advised the relevant authorities to ensure strict compliance to it’s traffic regulations, particularly with regards to the time articulated vehicles should be allowed to ply certain routes in the Aba metropolis. 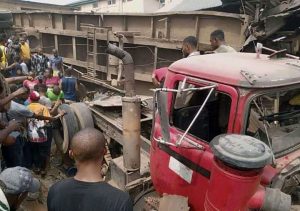 “It’s very disheartening that we continue to loose lives in that side of Ogbor Hill as a result of traffic incidences. The pain to the families and to all of us at this time is a clarion call that all hands must be on deck to bring such sorrowful incidences to an end. 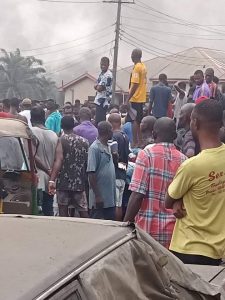 “The government has come up with measures that is cogent enough to mitigate the occurrences and of course it is the duty of all to obey and comply”, he said.