ABA AUTOMATED SHOE FACTORY TO COMMENCE PRODUCTION BY SEPTEMBER 2020. * Rated the best around by the technical partners 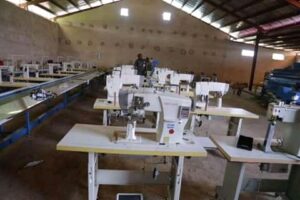 Mr. Ekonweren said this yesterday in an exclusive interview immediately after the inauguration of the Board of the Company by Governor Okezie Ikpeazu.

According to the Technical Partner, “we were amazed and impressed by what we saw on ground. Our group has been into shoe production in Nigeria for over a decade now and I must confess that the machines we saw there when we went on inspection cannot be found anywhere in the country. We use machines in our own company but we have is no where near what is at the Aba Shoe Factory”. 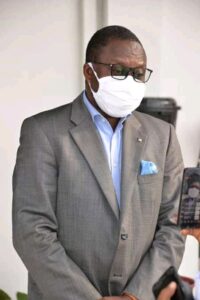 Mr. Ekonweren said that at present, the factory has an installed capacity for the production of 5000 pairs of shoes every day which translates to about 2 million pairs of shoes annually, with facilities for expansion and assured that they plan to actually expand this capacity within the next one year.

He saluted the foresight of Governor Ikpeazu and confirmed that the factory will change the face of shoe production in Nigeria. 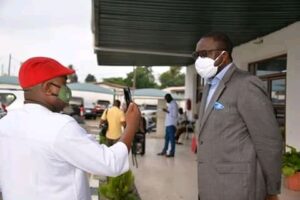 He said that his organization was selected as Technical Partners for the factory based on a proven and verifiable track record of quality automated shoe production spanning over 10 years. He stated that they make shoes for companies like PEP of South Africa and several others, assuring that the products from the Aba factory will be well received by the markets. According to him, products from this factory will not just be for the local market here but will be sold across West Africa and beyond.

He assured that the factory will be run as a professional and commercial outfit with clear opportunities for value addition and job creation.

On when actual production will commence at the factory, he assured that they will start test runs in the next two weeks while they will start production by the second week of September. He made it clear that by December this year, shoes from the factory would have gained ground in the local and international markets. He also stated that the factory will also produce other leather works like bags, belts, wallets, etc.

Also speaking, the Executive Director, Operations of the Factory, Mr Chinenye Nwaogu said that with the new management structure in place, Governor Okezie Ikpeazu has sent a clear message that the factory will be run solely on a basis of professionalism inspired by commercial expediency. He said that the 30 shoe makers who were sent to China by the Governor for training on the use of machines in shoe production will form the initial technical staff of the factory while there will be huge emphasis on training for more operators.
Mr Nwaogu said that the apparent delay in the start of production at the factory was because the Governor insisted that a professional organization must be found to run the place and the process took some time, coupled with the pandemic of COVID-19 which shut down the country for about three months.

The Governor inaugurated the Board of the Factory yesterday and gave them a clear mandate to raise the bar and cement the place of Abia State as the powerhouse of leather works in Nigeria and West Africa. The Board has Mr. Mark Atasie, a Management Consultant as Chairman.