60year old Umaru Mohammed was arrested for Conveying Rifles and Ammunition to Bandits/Kidnappers along the Highways all across the North and Southwest using a Special compartment made to hide the Rifles in his Car.

He collects 200k from the Kidnappers/Bandits for conveying the Rifles to the kidnapping Point along the Highways and days later, another 200k for bringing the Rifles back after the kidnappings and Ransom Collections. He said security agents don’t suspect him along the highways because of his Old Age. 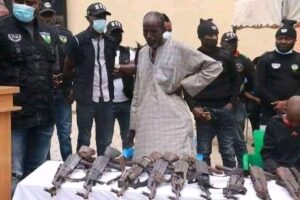 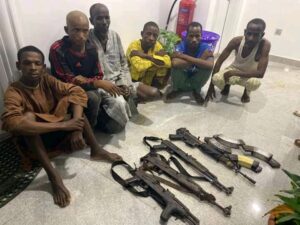 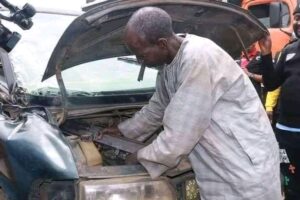 Him and his gang were Arrested by IRT, Rifles and Ammunition recovered. Police Force PRO Paraded them before the press on 16/6/2021.