After a well-attended meeting of the members of Ncheta Omerekpe Foundation, held on Tuesday 7th June, 2022 at Umuakwu Nsulu, the country home of our Founder, Chief Ncheta Elvis Omerekpe (Ofor Ndi Igbo) 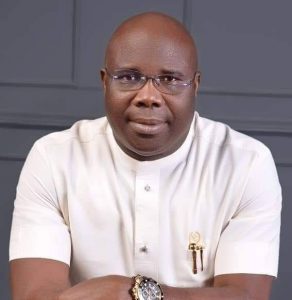 And following the varied speculations, permutations and expectations of our teeming admirers and supporters on the way forward and/or next line of action by CHIEF NCHETA ELVIS OMEREKPE in the face of the bizarre political atmosphere in ABIA STATE right now, we at the NCHETA OMEREKPE FOUNDATION hereby categorically state as follows; 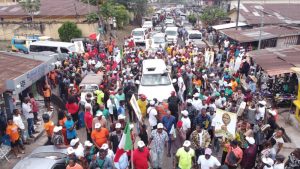 1. That, we wish to use this medium to first, thank all the 72 registered pro groups, that partnered with our Founder, Chief Ncheta Elvis Omerekpe and the entire 367 thousand members of our Foundation across Abia during the buildup to the processes that will lead to the 2023 general elections which our Principal was a front runner. 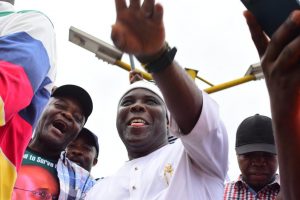 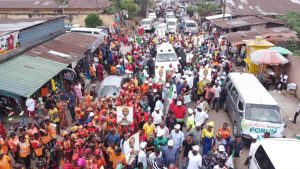 3. That, NCHETA OMEREKPE FOUNDATION (NOF) activities are not centered in partisan Politics but service to humanity that will create a better Abia.

4. That, we have not collected any money nor have we entered into any agreement yet with any governorship candidate for support. Chief Ncheta Omerekpe will NEVER be compromised in any form whatsoever.

5. That, Ncheta Omerekpe Foundation is willing to support any candidate with a firm promise to speed up infrastructural development, including the outright settlement of salaries at the end of every month both to state civil servants, Local Government workers, primary and secondary school teachers, allocate monthly subvention to parastatals, including our tertiary institutions, payment of gratuities, pensions and other allowances due to Abia workers, also create employment for our teeming youths.

6. That, we are determined and committed to ensuring a new phase of political era that will usher – in good governance, transparency and accountability to the good people of Abia state, which will translate to the general well-being and prosperity of the State.

7. That, we anchor our political ideology on the true meaning of democracy which is “Government of the people by the people and for the people” as also enshrined in our motor “Love for Mankind”. We cannot therefore, deviate from our deep rooted ideology that has the connotation of serving humanity.

8. That, Chief Ncheta Elvis Omerekpe is still a strong and committed member of the People’s Democratic Party (PDP).