Until his death, Egbunike was in charge of the highest investigating arm of the Nigeria Police. 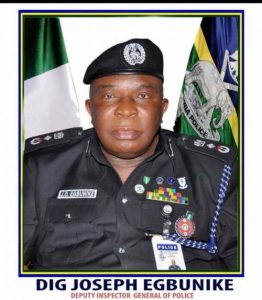 Egbunike collapsed inside his office in Abuja in the late hours of Tuesday, 8th of March.

Until his death, Egbunike was in charge of the highest investigating arm of the Nigeria Police.

Its functions include investigation and prosecution of serious and complex criminal cases within and outside the country. The department also coordinates crime investigations/prosecution throughout the force.

Egbunike had, in late 2021, investigated suspended police chief, Abba Kyari, but did not indict him despite indictments by the United States’ Federal Bureau of Investigation.

Egbunike graduated from the University of Nsukka with BSc in Accounting. He also had a Bachelor of Law, a master’s in International Relations and a PhD in Criminology.