First Attorney-General of Abia State and a chieftain of the Peoples Democratic Party, PDP, Chief Theo Nkire is 78. In this interactive session with some journalists in Aba, he delved into history to debunk what he said were some misinformation that has been wrapped around the Abia Charter of Equity, a document that has become an arsenal for those who claim that the Charter gifted them the right to produce the governor of Abia State in 2023. 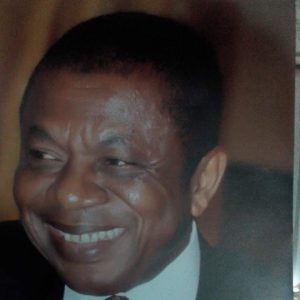 He spoke on various issues.

There appears to be another succession challenge in Abia State. What is your view?

Everywhere in Nigeria, there are succession challenges. There is nothing unique about the situation in Abia. What I do not understand is why some people would be promoting half-truths in their bid to sustain their idea of equity.

But Abia Charter of Equity is being used to justify a return of the governorship position to Abia North Senatorial District ? 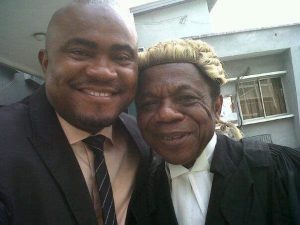 The arguments emanating from my old Umuahia brothers on the Abia Charter of Equity regarding the 2023 Abia Governorship election have arisen from ignorance of the history of our state and contents of the Charter or from sheer deceit and dishonesty. They should refer to specific provisions of the charter to make their case. Have you seen them do that?

Where does their deceit lie?

At the beginning of our struggle for the creation of another state out of the old Imo State, there was no Abia State. The movement was just called the ‘’Movement for the Creation of Another State out of Imo State’’. The movement at the time had no such name as ‘Abia’. So, there could therefore have been no Charter by any such name called. The name Abia was adopted by our old Umuahia brothers and the few Aba people who remained behind after the movement split into two and a majority of Aba people had gone away to form Aba State Movement. It was then that the name Abia was coined from the first two letters of Aba (AB) and the last two letters of Umuahia (IA). By the time this was done, we had left to form Aba State Movement. It was after Abia was adopted as the name of the proposed state that the Abia Charter of Equity was drawn up mainly to keep what remained of the old Aba Senatorial District of old Imo State in what had then come to be known as Abia State Movement.

The Charter was a kind of pre-nuptial agreement between two parties then preparing to go into marriage. If Abia State had not come into being when the Charter was drawn up, how can anyone be associating the Charter with the three Senatorial Districts of Abia State which came into being years after the Charter had been signed and sealed. I invite our friends who were part of the struggle to help set the records straight. The three Senatorial Districts of present day Abia were not and could not have been within the contemplation of the Abia Charter as they were then unknown to law by the time the Charter was written.

So, where did the problem start?

Old Umuahia ruled our state for 16 straight years between 1999 and 2015. What then is wrong with the old Aba Senatorial District (the other party to the Charter) holding power for another eight years just as old Umuahia had done? What is good for the goose should also be good for the gander. After all, the name of the game is equity. Equity means fairness, justice; equality. Our old Umuahia brothers who are still with us would corroborate my position on our Charter.

The Charter was between old Aba and old Umuahia. It had nothing to do with Abia North, Abia South and Abia Central. This clarification has become necessary because in a world so full of dishonesty and deceit when falsehood is repeated over and over again, it quickly acquires the toga of truth and the unwary could swear by it and die.

The people of Abia North must be referring to a new version of the Charter written after the state was created and the three zones put in place. Otherwise, how could anyone know that the state when created would be divided into three zones namely: Abia North, Abia South and Abia Central?

But the impression is that the Charter was drawn up a little before the creation of Abia State in 1991 ?

No. By the time Abia State was created in August 1991, the document was already 10 years old. The title of the Charter says it all, ‘The Charter of Equity for the Proposed Abia State’. At the time the agreement was entered into, there was no Abia State. Abia State was only a proposal. The area proposed for Abia State then had two senatorial districts – Aba and Umuahia.

How old is this Charter of Equity?

The Charter I have is titled ‘The Charter of Equity for the Proposed Abia State’ and it is dated August 2, 1981. The Preamble to the Charter is divided into sub paragraphs. Sub paragraph (iv) states the intendment of the Charter as “to allay the fears of domination of one Senatorial District over the other”. The use of the article the” here is significant. The authors of the Charter could as well have used the word ‘another’ but they chose the words “the other”. The use of the definite article ‘the’ here is epochal. It emphasises the fact that the parties to the Charter were two; not three, not four but two.

Article 6 of the Charter states, “The administration of Abia State shall be on the basis of strict equality as between the two Senatorial Zones of Aba and Umuahia and the recognition of Isuikwuato as a District.” So, where did my old Umuahia brothers get the three zones into which their version of the Charter has divided Abia State?

As I have said earlier, the problem my old Umuahia brothers are battling with today was created by them.

Are there more provisions of the Charter that are specific about its expectations?

Even as I speak, Abia City, the capital city proposed for the state by the Charter still remains a mirage. Now, here are questions for my old Umuahia brothers: Where did Ogbonnaya Onu live when he assumed office in January 1992? Where did Orji Uzor Kalu live for the eight years (1999-2007) he served as governor? And where did T. A. Orji live for the eight years (2007-2015) he was governor? I need answers.

These three gentlemen were all from old Umuahia and none of them made any attempt to even spend a night in Aba. The only Abia governor to ever reside in a zone not his own as required by the Charter is the incumbent Governor Okezie Ikpeazu who moved into Umuahia directly he was sworn in, in 2015.

A community reading of the various paragraphs of Article 5 of the Charter will leave no one in doubt that for as long as Abia City had not been built, no governor should live in his zone. So who is fooling who? So let our old Umuahia brothers stop playing the victim. Old Aba is truly the victim and old Umuahia the oppressor. Let no one be in any doubt, Aba Zone will God willing, take her second tranche of eight years (2023-2031) just as Umuahia did (2007-2015) under T. A. Orji. What is good for the goose is good for the gander. After all, equality is equity. Equity is justice. Equity is fairness. Let justice reign in Abia State.

What is the significance of recognising Isuikwuato as District?

Isuikwuato was part of old Okigwe Senatorial District of old Imo State that elected to join the proposed State of Abia. They had to be recognised as such to allay their fears of domination; but even before the state was created, they were always considered as part of Umuahia considering their proximity to that zone and their cultural affinity.

The idea was to ensure they were not totally forgotten in the much larger Umuahia Senatorial District to which they were bound by culture and geography. It was important that they be given special consideration whenever the dividends of democracy were to be distributed in their new zone of Umuahia.

They were considered part of the new Umuahia that was to emerge upon the creation of the new state.

A feeble attempt by a few Isuikwuato stalwarts to claim equal status with Aba and Umuahia quickly evaporated in the face of an overwhelming silence by the rest of Abia.

Is there another version of the Charter or was it updated?

There was no other version. If there is, those claiming that it shared power among the three senatorial districts should make the copy public.

Who were the signatories to the Charter?

They were so many. The Charter has eight pages. But signatories ran into 10 pages. Among the most notable members of the Abia State Movement who signed the Charter were M. I. Okpara, former Premier of Eastern Region, Chairman; Chief B. A. Wachuku, Vice Chairman; Dr. Moses A. O. Agbara, Secretary; Dr. Nwakanma Okoro, Rufus Obi, who were Executive Members.

Old Umuahia says it is its turn; old Aba says the same, all based on the Abia Charter of Equity. What is your view?

Well, we are all brothers and the matter must be resolved one way or the other. This is what has necessitated this lengthy explanation. I hope my brothers from old Umuahia Zone can see there is no need for the quarrel they have starte d over 2023. The election will soon come and go and we will still remain brothers. God bless Abia.