IKPEAZU SADDENED BY THE DEATH OF PROFESSOR NWABUGHOGU 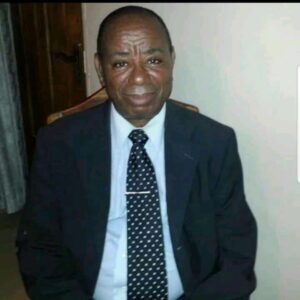 The Governor described the Late Professor as a first grade intellectual who dedicated his entire life to the pursuit of academic excellence and the impartation of same into his students for several years.

According to the Governor, “Professor Nwabughogu was one of the most respected authorities in the field of Economic History in Nigeria and beyond. A pioneer staff of the Abia State University where he joined as a young lecturer from the University of Calabar, Nwabughogu remained one of the longest serving academics in our University, rising to become the Deputy Vice Chancellor. He gave a greater part of his working life to our University and together with his entire family, helped to create a solid University Community”.

“The very erudite Professor has played the roles assigned to him by Almighty God and he did so with a deep sense of patriotism and dedication. His footprints, especially on the academic sands of time, will remain indelible”. The Governor adds.

The Governor sends his personal condolences and those of the entire people and Government of Abia State to his widow, Chief Mrs Comfort Nwabughogu, a former Registrar of the Abia State University, their children, grandchildren, the entire Nwabughogu family and indeed, the academic community for this huge loss. He urges his children to keep aloft, the flag of excellence, integrity, hardwork and professionalism hoisted by their late father.

Governor Ikpeazu prays the Almighty God to grant his soul eternal rest and console his family.