My subject today is about a news item carried by a provincial publication, Emergency Digest. 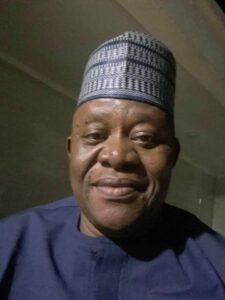 It had an interesting interview with one “scholar”, Dr. Abdullah Gadon Kaya, who expressed deep concern over what he termed the exclusive occupation of a “highbrow” residential area at Zungeru Road behind Kano Airport by “Igbos”.

The paper quoted Kaya as saying: “They have their massive gates, security and other facilities that prevent other people, especially the indigenes, from accessing. Government should not allow such to be happening when we can’t go to Onitsha, Aba or Enugu and create an exclusive place for Northerners or Muslims like that…We should not have such exclusive places; the government should ensure that there are mosques, and Kano indigenes should be given access to build in such highbrow area”. Now, let’s discuss that.

How did the Igbo people get the land on which they built this so-called “highbrow” estate? Did they just go there and started building, ensuring that indigenes never also built? That is highly unlikely. Did they drive away the native people, the landowners, from the place as armed herdsmen have been doing throughout the Middle Belt and South with the tacit support of most Arewa people? Highly unlikely; they are not known for conquest expansionism. That is exclusive Fulani hobby, even till date. Did the government of Kano State allocate that parcel of land to them? I am not sure of this possibility, but if ever it happened, the government should be blamed.

What probably happened is what usually happens everywhere the Igbo live in good numbers. As highly successful business people, the typical Igbo wants to provide himself and his family with comfort in his place of abode. He sees an empty portion of land and approaches the owners to buy. They haggle and money exchange hands. He builds. The landowner wants to sell, Igbo man wants to buy. It is not only in Kano, Lagos, or Abuja. It is the same everywhere, including abroad. What is wrong with that?

In the same vein, Northerners are everywhere in Igbo land and the East. I started seeing “Hausa” people in my vicinities from childhood. Nobody harasses them. They live peacefully, doing the cow businesses (mainly) and carrying out menial jobs to make a living. They also bring in food items to sell. No doubt, the Igbo make money in the North. Northerners also scoop billions of naira every year from their transactions in the East. It is a two-way traffic, blackmailers take note!

Whereas the Igbo man makes his money and invests some of it in his place of residence, the “Hausa” man who thrives in his businesses in the East does not believe in comfortable living. They squeeze together in chicken coops, mangers, kiosks and makeshift mosques in their “Ama Awusa” shanty quarters. From generation to generation, they leave no trace of their affluence in their places of abode. Kaya is complaining that Arewa people have not been given similar opportunities in any part of the East to develop highbrow estates as in Kano.

This is laughable. My question for Kaya and those who support his fulminations over Igbo highbrow estate in Kano is this: In what part of Nigeria outside Arewa North are Arewa people known to live in highbrow estates developed by them with their hard-earned money? If anyone can point to such in the South West, South-South and the Middle Belt, then I will agree with them that it is only in the South East that they have been “prevented” from replicating the same feat.

The only place outside Kano, Kaduna and the major cities of the inner North where the Arewa people now live in super highbrow estates is Abuja. Even in the case of Abuja, Northerners were latecomers compared to the Igbo who started investing in Abuja the moment the territory was declared as the future Federal Capital. The Igbo started buying land, building houses and hotels way back in the 1980s and 1990s. It was not until Nasir el-Rufai became the Minister of the FCT in 2003 that Arewa people started owning land in Abuja.

El-Rufai also went on a spree of demolitions of mostly Igbo-owned entire estates, ostensibly to restore the Abuja masterplan, only to reallocate them to accommodate more Northerners. Since El-Rufai, no one else but Arewa Northerners have been appointed FCT Ministers. And there has been this gradual transformation of Abuja into a Muslim city due to the monopolisation of the city’s management positions by Sharia-minded administrators.

If you come to Lagos where Northerners live in large numbers, the only place they live in highbrow estates are government-owned estates, particularly in Apapa. They are everywhere in Apapa, but how many mansions can you point to as belonging to the multibillionaire Arewa businessmen who feed fat on their lucrative links to people in power at the Federal Government?

Going back South, Orji Kalu allocated a place in Lokpanta along the Enugu-Port Harcourt Expressway in Abia State to Arewa people to safeguard them from the Bakassi Boys about 20 years ago. The Arewa community there has expanded with impunity into native community lands despite the outcries of the landowners. In fact, they harbour and conceal their criminal elements and terrorist herders who kidnap for ransom and seek to occupy people’s ancestral land if not for the activities of the Eastern Security network, ESN. They cart billions of naira away every year, yet you cannot see ONE decent house there; absolutely no value added by their presence except the mutually-beneficial business transactions.

We will continue this discussion next week. It is time we had this out once and for all.