Why Pertol may sell for N385/litre Pump Price: The dangers ahead Posted by News Mirror, 23 May 2021

At a virtual meeting that lasted till late night on May 19, 2021, held by the Nigerian Governors’ Forum (NGF), a decision was made to deregulate the downstream end of the Nigeria’s oil and gas industry and increase the pump price of fuel from the current N162 per litre to N385 per litre. 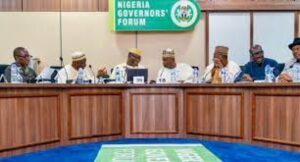 The decision was among the resolutions reached by the Governors in a joint communique, which was generated based on a report by the Kaduna State Governor Nasir el-Rufai-led Committee.

In the communique, the governors made known their desire for government to privatised three refineries after rehabilitation. They also want the government to purchase 113 buses to cushion effects of the price increase.

Held ahead of the Federation Accounts Allocations Committee (FAAC) meeting, scheduled for the next day, the governors fingered el-Rufai as the man, who gave the briefing on the appropriate pricing of petrol in Nigeria, where he called for full deregulation.

The el-Rufai-chaired six-man committee was set up early this year by the National Economic Council (NEC), headed by Vice President Yemi Osinbajo, to examine causes of the dwindling revenues of states and come up with revenue-generating windows to the council.

According to the el-Rufai committee report, every month government subsidises fuel price at N162 per litre, between N70 billion and N210 billion bleeds out of nation’s financial veins.

Lagos, Oyo, Ogun, Rivers and Abuja were identified by the committee as the top consumers of petrol.

To further convince his colleagues the Kaduna State Governor, in his report, stated that one of the benefits derivable from the proposed price increase is that, it will discourage and curb the unceasing smuggling of the product to neighbouring countries.

The other more juicy benefit is that it will increase FAAC annual income to between N1.3 trillion and N2.2.3 trillion.

Among the committee’s recommendations is that the government should sell the three refineries after rehabilitation. Purchase and distribution of over 113 buses to states and major cities as a palliative was also recommended.

Although subject to final approval by the NEC, it is feared that the government may see some sense in the governors’ communique and implement the recommendations therein.

Worthy of note is the fact that not many agreed with the recommendations as they believe they will deepen the hardship Nigerians are going through today.

One of the South-west governors was more skeptical saying, it would be very difficult to convince Nigerians and labour to accept the report. His other colleagues, however, maintained that the earlier there is full deregulation, the better for the country as it remains an evil day postponed.

The problem that got the Nigeria to this point began during last year’s COVID-19 attack when the nation lost billions of dollars due to the global lockdown arising from the spread of the pandemic.

This occurred when the states were already experiencing a cash crunch. The huge and unabating cost of subsidising petrol had taken a toll on the one corporation the country rely on to foot the bill; the Nigerian National Petroleum Corporation (NNPC).

This had made the national oil company to admit it would remit zero allocation to FAAC.

As if reading the handwriting on the wall of a possible backlash from the Nigerian people, the Ministry of Petroleum Resources doused the simmering tension on the street by reiterating government’s stand on the existing pump price.

In a press statement issued on Friday in Abuja, the Minister of State for Petroleum, Timipre Sylva, assured that there will be no petrol price increase in June.

Recall that in April, the NNPC Group Managing Director (GMD), Mele Kyari, had announced that the price of petrol will not be increased until on-going negotiations between labour unions and government are concluded.

The humongous fuel subsidy bill that ranges between N100-120 billion a month to keep the pump price at the current levels had become so overwhelming, the GMD had to warn that the nation’s oil company could not continue to carry the subsidy burden on its dwindling finances.

The huge burden of under-recovery, notwithstanding, Sylva maintained that the federal government was in no hurry to increase the price of petrol to reflect current market realities.

Sylva said the clarification had become necessary in the light of recent reports regarding the resolution of the Nigeria Governors Forum to increase the pump price of petrol.

“In this regard, I would like to strongly urge petroleum products marketers not to engage in any activity that could jeopardise the seamless supply and distribution system in place.

It was in this regard that the Minister had urged members of the public to avoid panic buying because the Nigerian National Petroleum Corporation (NNPC) has enough stock of petroleum products to keep the nation wet.

That was a relieving intervention by the federal government as it has reduced the rising social temperature in the country amid the increasing insecurity the government and the citizens are dealing with daily.

On the social front, the resolutions of the governors have only further exposed them as leaders who care less about the plights of the people they govern. Their resolutions are a discomforting demonstration of their disheartening ignorance and appreciation of the harsh realities currently confronting the nation.

Sylva’s intervention, on behalf of the federal government, illustrates the point that the administration is aware that the proposed price could explode the nation into an unending crisis that may snowball into a civil unrest.

To those who are downstream-deregulation thirsty, the el-Rufai’s fuel price solution should give them a dangerous picture of what they are wishing for.

It is noteworthy that the el-Rufai committee’s recommendations conveniently left out existing Private Refineries such as the Dangote Refinery and other modular versions that are springing up.

One would have thought that the governors would have harped on the need to fast-track the completion of these refineries with other support especially in the area of supplying crude oil to them at a great discount. For instance, Dangote’s 650,000 barrels per day facility can sufficiently feed domestic demand and still have enough left for export.

What the governors should have done and can still do is to have a meeting with the relevant players in the evolving private refineries circuit and be enlightened on how their window can be explored and exploited to fill the gap. No one needs to be a soothsayer or some expert to recognise this low hanging fruits.

The question then is why would the governors ignore this all important option?

Perhaps, government does not appreciate the fact that petrol has gone beyond a mere business to an essential product that holds the soul of the nation, today.

That this aspect is conspicuously missing in the committee’s recommendations shows that the thinkers that generated the solutions had other ideas that are not in tandem with the objective of serving the Nigerian people.

Rather, their solution is for government to sell off the refineries. As sweet as the idea may taste in the mouth of ‘deregulationists’, that measure is not new; because it has always been on the table; and it does not in any way solve the need for now, in terms of ensuring available and affordable petrol to Nigerians.

Coming from an el-Rufai-led committee, those familiar with his style can see in the recommendations some ideas from his days as the chief executive of the Bureau of Public Enterprise (BPE). Back in the day, the only solution the agency had for rescuing an ailing government asset or concern was to sell them off to private hands.

His idea for such a price is also a reminder of his days as Minister of the Federal Capital Territory (FCT), where he ordered the demolition of any building he believed was not legally or legitimately situated.

Unfortunately, many homes and offices were mowed down, in error, on his directives. Though, he was honest enough to admit his error of judgement, but that singular order had destroyed lives, properties, homes and businesses.

Coming from that experience, therefore, it would seem the Sylva Team do not want to risk the possibility of the country going up in flames before they can admit an error of judgement over the ashes of Nigeria and Nigerians, on this fuel matter.

To serve as palliative, the committee recommended the purchase of 113 buses for the states. This recommendation gave away the minds that prepared the report as uninformed about the magnitude of their assignment and the impact of their report/recommendations on the Nigerian people.

If Lagos State, alone, can purchase over 500 buses to fill the state as replacement for the Okadas and tricycles, what will 113 buses do for all the states of the federation?

One of the reasons the committee offered for fixing the price at N385 per litre is that it will discourage smuggling of the product across the border into neighboring countries.

The committee should have known this is an overused excuse just as the bus solution is an overused palliative measure each time government wants increase the price of petrol.

From the quick response of the petroleum minister, it is obvious that the dangerous reality of the cost of the much-touted deregulation of the downstream struck home when they imagined the possible anarchy and mayhem the N385 per litre, approved by the governors based on el-Rufai committee’s recommendations could cause Nigeria.

They did a quick scan of the immediate future and could see the streets filled with youths destroying properties, looting, violence that could degenerate into a worse and endless ‘EndSARS’ situation.

They could see that endorsing such a price at this tense moment in the country could trigger a bad response from the citizenry. And, that is no place any government, especially the Preside Muhammadu Buhari administration wants to find itself at this point in time.
(C) THISDAY